Edo 2020: ADC is not collapsing into APC ― Chairman 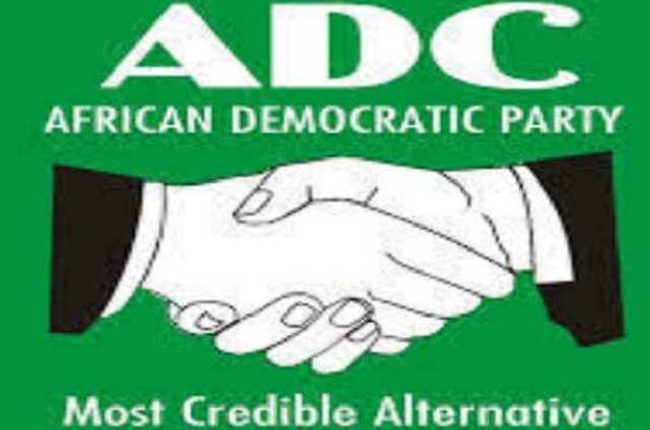 The Edo State chapter of the African Democratic Congress (ADC) has distanced itself from the purported report that it is collapsing its party structure into the All Progressives Congress, (APC) in support of the governorship candidate, Pastor Osagie Ize-Iyamu ahead of the September 19 election in the state.

Speaking with journalists in Benin yesterday through the chairman, National Campaign Council, Mr Friday Musa, he maintained that Mabel Oboh remained the party’s governorship candidate in the forthcoming governorship election in the state.

Musa said Mr Christopher Inegbedion, who claimed to be the acting chairman was never the state chairman as he was forced on them, adding that he was on his own and did not represent the party.

He said: “We want to make it public that Inegbedion has never been a party chairman even though he was purportedly forced on us. So many of us felt that it is not possible to pass through another means to become the chairman of the party.

“Inegbedion is a self-acclaimed chairman of ADC. Our chairman is Vincent Okoawo, and ADC has been very much functional around the leadership of Okoawo. We dissociated ourselves completely as a party from whatever Inegbedion performs in his own right.”

He insisted that the ADC is not shifting ground as regards the choice of Ms Oboh and is not collapsing into any political parties in the state but poised to win the election.

“And not that the ADC as a political party in Edo State collapse to join another party. We remain as a party and we are ready to go into the contest.

“We make it clear that ADC as a political party and most especially the third force among the political parties in Nigeria, in Edo State, we are very formidable and strong as ever before”, he added.

Speaking in the same vein, Ms Oboh said that Inegbedion acted on his own volition and that the ADC as a party still remained intact and that she was contesting the governorship election with the party is strongly behind her.

She called on the people to disregard his action and come out to cast their votes for her in the forthcoming governorship election.

Speaking on his mobile phone, Inegbedion said that he could only speak on the issue at Ekpoma, noting that he would not know if he is talking to a spirit.

2023: Use your PVCs to end APC misrule, Ayu tells Nigerians