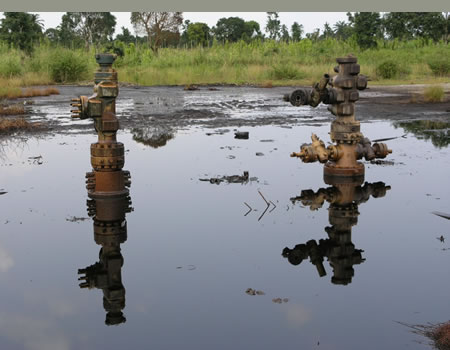 THE Republic of Ecuador has offered to partner with the Federal Government on agricultural research and space technology for the detection and control of oil spillage in the Niger Delta region.

“We have research institute in the same field, we are in the same tropical zone, we have scientists that have developed methodology on how to localise oil spills and pollution of hydrocarbon to satellite images”, it added.

The Ambassador of the Republic of Ecuador, Leapoldo Verdeso made the offer when he paid a courtesy visit to the Minister of Science and Technology, Dr. Ogbonnaya Onu in his office in Abuja.

He said the country was interested in sharing methodology on how to detect oil spills using satellite images and knowledge on agricultural research.

In his response, Dr Onu stated that the cleanup of the Niger Delta area was very important to this administration and the government was committed to ensuring that  mangrove forest was restored and the people have access to clean water that were around them.

He noted that the agriculture is 90% science and technology, hence, the partnership would reduce food wastage and make food available all year round.

According to him, “we work closely with Federal Ministry of Environment to preserve our environment and reduce poverty” he noted.

The minister further remarked that the request coming from Ecuador was timely in view of the commitment of the Buhari administration to ensure that Nigeria was able to feed itself, diversify the economy, create wealth and reduce poverty.

Dr Onu then commended the gesture from the Ambassador, noting that it was a confirmation of the long standing relationships between the two countries.