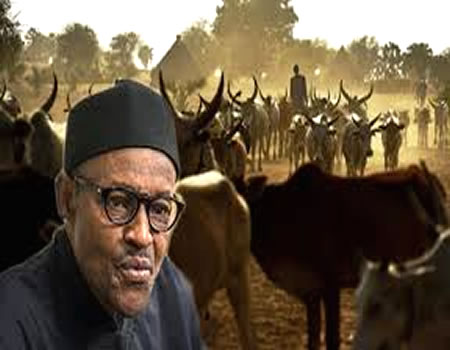 In continuation of his advocacy on good governance, Senior Advocate of Nigeria (SAN), Mr Femi Falana, on Wednesday, reminded Abuja, the seat of power, that the free movement protocol of the Economic Community of West African States (ECOWAS) doesn’t inhibit the fight against insecurity.

If anything, the human rights advocate pointed out that the said treaty strengthens the hand of the central government in the fight against cross-border banditry and criminality, a claim being adopted by Abuja in explaining the raging insecurity in the land.

In a statement, Falana, who chairs Alliance on Surviving COVID-19 and Beyond (ASCAB), noted that Nigeria could law- fully confiscate cattle and other animals brought into the country without official permission.

He said: “On 21st February, 2021, the Minister of Information and Culture, Alhaji Lai Mohammed, addressed the issue of insecurity facing Nigeria as a member-state of ECOWAS.

According to the minister, “some of the bandits and herdsmen terrorising the country are non-Nigerians.

“With respect, the ECOWAS protocol A/P.1/5/79 relating to free movement of persons, residence and establishment (free movement protocol) does not permit any form of trans border banditry and illegal possession of arms and ammunition.

“Instead of seeking a review or an amendment of the protocol, the Federal Government should take advantage of Article 4 thereof which states that ‘Notwithstanding the provisions of Article 3 above, member states shall reserve (the right to refuse admission into their territory any community citizen who comes within the category of inadmissible immigrant under its laws.’ It is submitted that such restrictive domestic inadmissibility laws allow Nigeria to invoke her domestic laws to deal with the menace of trans-border criminality traced to armed herders and bandits.

“One of such domestic laws is the Animal Diseases (Control) Act (Cap. A17) laws of the Federation of Nigeria 2004 that provides for the importation and exportation of animals, surveillance of importation, seizure or destruction of animals, control of trade animals, among others.

“Specifically, the Act states that the importation of any animal, animal products or biologics into Nigeria from any other country by land, sea or air is prohibited except under a permit granted by the director who in each case shall state the conditions under which the animal, hatching eggs or poultry may be imported.

“It is also provided that imported animals may be subjected to such examination, disinfection, inoculation and quarantine at the risk and expense of the owner thereof as the director may deem necessary, and any animal, animal products, biologic or infectious agent which is not imported in accordance with the provisions of this Act shall be seized or caused to be destroyed immediately on arrival by the director, or by an authorized officer.

“Any person who contravenes any of the provisions of the firearms Act is guilty of an offence and liable on conviction to a minimum sentence of 10 years or five years imprisonment depending on the provision(s) breached. But for reasons best known to the security forces, herders are allowed to bear arms and deploy same to commit all manners of criminal offences including criminal trespass, culpable homicide, abduction and rape.

“Since the Federal Government and the state governments have embraced ranching, the commissioners of agriculture or the appropriate authorities in each of the states of the Federation should issue regulations banning open grazing and movement of cattle in line with the provisions of Animal laws, Animal disease laws, forestry laws etc.”