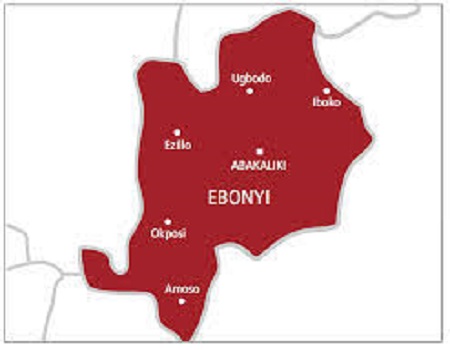 The Ebonyi State Police command has confirmed the attack on its officers by unknown gunmen at Igbuduoke village in Effium/Ezza Clan in Ohaukwu Local Government Area.

Police spokesperson, DSP Loveth Odah in a statement made available to newsmen said the officers were attacked while returning from investigation activities in connection with three missing engineers.

Odah further noted that two officers were abducted by the hoodlums while three police officers and the member representing Ohaukwu North in the State House of Assembly, Chinedu Awo, luckily escaped the area with different degrees of injuries.

Odah said “On 28/11/2021 at about 1340hrs Police Operatives were returning from investigation activities in connection with the three missing engineers who were abducted in the same area on the 3rd of November, 2021 while on Ring Road site project.

“The operatives were in the company of Hon. Chinedu Awo a member representing Ohaukwu North Constituency in the State House of Assembly who accompanied the operatives to enable him to dialogue with the warriors at Igbuduoke village in Effium/Ezza clan ‘the warring community’ in Ohaukwu Local Government Area of the State.

“They were ambushed by armed Ezza warriors numbering over 60 who attacked them from all flanks but the operatives gallantry fought back, resulting in heavy casualties on the side of the attackers.

“However, DSP Bruno Chukwu and two others sustained bullet wound injuries and are currently responding to treatment, while two police officers by name, Sergeant Donatus Osugwu and Sergeant Thaddeus Ugoeze are suspected to have been abducted by the hoodlums as they were discovered missing in action.

“Meanwhile, the Commissioner of Police Ebonyi State Command CP. Aliyu Garba led a convoy of about seven teams on reinforcement where they cordoned the forest and searched the village but could not find the missing officers nor the perpetrators.

“Efforts are in top gear to ensure the perpetrators are tracked down and arrested.”

Recall that Governor David Umahi last week during an enlarged security council meeting held at the Government House frowned at the abduction of five LENA engineers in charge of the Ring Road Effium section by unknown gunmen of the area which led to him to suspend the project until the two communities of Effium and Ezza Effium swore an affidavit to protect the contractors and other workers at the project site.

He promised to work with the security agencies to rescue the contractors alive.