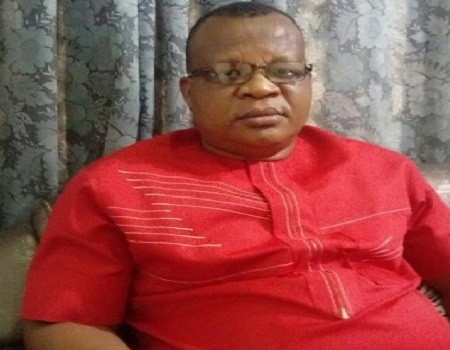 The state Commissioner for Health, Dr Daniel Umezurike made this known to newsmen in Abakaliki while refuting the dead figures gave to newsmen on Friday by the Permanent Secretary Ministry of Health Dr Chris Achi.

Umezurike noted that only 9 positive cases have so far been identified with 2 deaths recorded while 6 persons were on admission in the hospitals.

He, however, explained that International Coordinating Group(ICG) has been completed for the mass immunisation campaign also noted that it would organize the campaign with all United Nations agencies and other partners against the virus.

Recall that there has been an outbreak of the disease in the state with some deaths recorded which moved the government to announced mass immunisation of residents of the state between the ages of 9 months and 44 years.

Umezurike added that those above the ages would get immunisation booster “Nigerian Centre for Disease Control(NCDC) declared this an outbreak of yellow fever and reactivated the national Rapid response team comprising NCDC, NAPHCDA, WHO on 1st August 2019 to support our state.

“ Summary of the situation report is that since the current outbreak of yellow fever, Ebonyi state has recorded a total of nine positive cases with two deaths among positive cases.

“Presently, we still have six patients on admission; three in Ndingele MDG, one in Iboko General Hospital and two in Alex Ekwueme Federal Teaching Hospital Abakaliki. however, the index case has been successfully managed and discharged from MDG Ndingele.

“At present, the ICG process has been completed for possible mass vaccination for all residents of Ebonyi state. The state Ministry of Health is working with all the UN agencies and other partners to conduct mass reactive vaccination campaign for the state within the target age of nine months-44 years”, Umezuruike said.