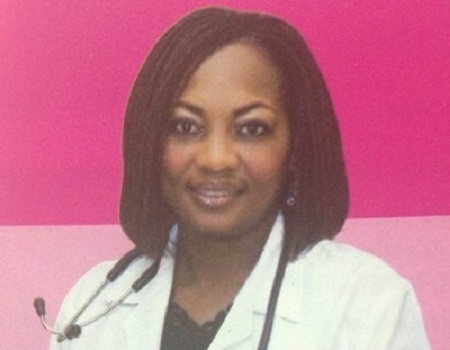 THE Guild of Medical Directors, Abuja Chapter, has urged the Federal Government to immortalise the late Dr Stella Adadevoh, for curbing the spread of Ebola in the country.

The guild, which made the appeal on Tuesday in Abuja, said that giving Adadevoh such post-humous honour would be more desirable than a title.

“That way, children of many decades can ask their parents who is Stella Ameyo Adadevoh, as she saved many lives.

“The very least that Nigeria can do in appreciation, is to honour her. The Guild of Medical Directors and other medical associations honoured Dr Adadevoh in their capacities in the past.’’

Ogungbo added that Aug. 19 of every year should be declared as a public holiday in her honour.

He said the association had given awards and plaques and foodstuff to the hospital where she (Dr Adadevoh) was working, adding that such efforts were not enough.

He said there was no greater love than to lay down one’s life for a friend, adding that she had put her life on the line for over 170 million of her fellow citizens, noting that many did not even understand the concept of what it means to be a citizen.

“There is no other word to describe the actions of our great heroine and indeed her entire facility.

“In preventing the escape of this patient who had insisted on leaving, in his condition, for Calabar, 750 km away, the hospital saved countless lives.

“What if Mr Sawyer had decided that the best way to go to Calabar was to go to Jibowu and take a bus?

“Even if he chose to go by air, which will have made his fellow passengers that much easier to trace, the potential damage still remains incalculable.

“The most tragic part of her passing on is that she couldn’t be given a proper burial and with all the respect that her sacrifice demands,’’ he said.

The News Agency of Nigeria (NAN) reports that the late Adadevoh is credited with having curbed a wider spread of the Ebola virus in Nigeria by placing the patient zero, Patrick Sawyer, in quarantine in spite of pressures from the Liberian government.

Adadevoh was the Lead Consultant Physician and Endocrinologist at a private hospital in Lagos where she worked for 21 years.

She had never seen Ebola before but was able to diagnose and contain Nigeria’s first-ever Ebola patient in July 2014.