You eat Lagos’ salt, yet speak ill of Lagos 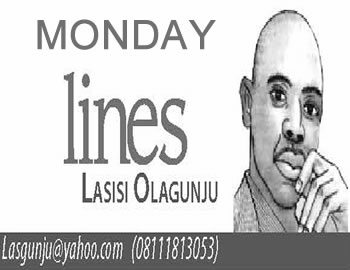 By their own accounts, the people of Benin-city tasted salt for the first time courtesy of the place now called Lagos. At the figurative level, there is no ethnic group in Nigeria today that can vow that it does not owe Lagos a measure of gratitude for putting salt in its soup. North, east, west or wherever, all ships meet and berth in the bays of Lagos. It is the capital of everything and everybody, good and bad. That is why Abuja’s loss on weekends is always Lagos’ gain.

This is not again about Senator Bola Ahmed Tinubu and his battles and wars in his party. This is not about who nominated Professor Yemi Osinbajo as General Muhammadu Buhari’s running mate and who opposed the nomination. I am not going to dwell on that this moment although blowing in the winds are the full details of the high wire politics of that era of partitioning of and scrambling for the body and soul of Nigeria. When an old Yoruba man insisted in a national concave that the Yoruba would see nothing wrong with a Muslim-Muslim presidential ticket in 21st century Nigeria, then everyone knew the stakes were very high and the situation desperate. When it is time to tell the story, those who know will dwell on the night of the long knives and the cascading to a dawn that birthed Osinbajo as God’s choice for the number two position. That moment is not now.

This, rather, is about the geographical space called Lagos. It is about whether Nigeria should treat it as a special child or just as others with mendicant propensities.

You already know that a bill to give Lagos its due in Nigeria was violently defeated in the Senate by persons whose entire life savings are domiciled in Lagos. How ironic!

If you were in the Senate last week and you joined those who said ‘no’ to taking care of Lagos as the nation’s cash cow, you need prayers.

If you were a senator that talks every day about diversifying the economy, and you opposed that bill last week, you need deliverance. Don’t you know that whatever we are going to do outside oil, Lagos is that goose that will lay the expected golden egg for the country? And you know it is already laying the eggs only you are blinded by the pettiness of politics and ethnic jealousy. Did you know that Value Added Tax (VAT) has been one veritable indirect tax that has worked for Nigeria? Introduced on August 24 1993 by the government of General Ibrahim Babangida, VAT contributed “N8b into the national purse in 1994, N21b in 1995, N32b in 1996, N34b in 1997, N37b in 1998 and N47b in 1999.” By today’s bogus standards, you would say those amounts were chicken change not even enough for our psychedelic governors to take as security votes. But in those lean khaki days, they were huge sums that saved the ship of state from sinking completely. Since the advent of democracy, VAT has ensured a balance between the unreliable income from crude oil and the ever-elastic budgetary expectations and projections. Now, that Value Added Tax that fills the tills of states in Nigeria every month, where do you think it comes from? It is Lagos.

Lagos is the wellhead of that spring that quenches the thirst of mendicant states for cash and more cash. Even before we plunged the nation into this pit called recession (or is it stagflation?), revenue from crude oil had crashed to a crisis level. What has been the saviour has been the steady stream of cash from VAT.  You can do your own calculations. In January this year, for instance, of the N370,388,451,,642.37 that massed into the Federation Account, N69,719,273,502.12 came from VAT. Where did that VAT sum come from? Of course, when you know that VATable products and services are majorly native to the South West, particularly Lagos, you would not need any special tutoring to agree that Lagos contributes about half of the total monthly sum that goes into the VAT accounts. And yet, we say it does not deserve any consideration for a treatment that fits its peculiarities and potentialities.

You look and sound strange when you equate Abuja with Lagos. Abuja cannot be Lagos because its beauty is ghostly and its superficiality has not left that gilded city since its bloom in the early 1990s. It is like Ayi Kwei Armah’s desert. It takes, it does not give. These two capital spaces represent the tragedy of Nigeria where monkey works and baboon eats. You cannot equate one with the other. One is positive, the other represents the opposite. When Lagos bakes, Abuja eats.  It does not give, it takes. It has been taking since the Shehu Shagari era. It is still taking. Lagos has been giving since the beginning of Nigeria’s history. It is still giving. Abuja is a deadly pit, bottomless. In January 2016, Abuja took N669,305,025.62 as VAT. What did it contribute? General Buhari’s Katsina State got N911,613,405.16. What was its contribution?

I will not agree you displayed intelligence and wisdom when your reason for opposing a special consideration for Lagos is either your hatred for Lagos and the Yoruba or your disgust and disdain for the political leadership of the area. Those who sponsored the bill may have other motives but the higher consideration of a Lagos that works for all should excite all of us from the north to the south. Lagos is already working. It can be better and that is what this call is all about. The market that gives value to your sweat is Lagos. It is the matrix of the nation’s political and economic civilisation. That is the truth. There is nothing you and I can do about it. Is it not better for those of us who live outside Lagos to assist in making it work and work well for the entire country?  Is it not safer to make Lagos strong enough to control its minuses and keep its problems from spilling over to other parts? Have we considered the implications of having a failed Lagos on our hands? When you know that Lagos is not just about good things, when you remember that foul silt sits in its old bottle, you would know that adequate provision for its maintenance is an emergency.

I laugh at those loud senators who were vociferous in denouncing Lagos last week. We all know they are in politics making money. Did they remember that the money they make in politics and in business almost always end up in Lagos? Did they remember that a comfortable Lagos would translate to comfort for them too? When the Yoruba see a person cutting his nose to spite his face, they feel sorry for that human being. They look at the stupidity of the wicked whose idiocy turns his dagger at his own heart. They shake their heads and say “you are not hurting me, it is yourself you are hurting.”

A dubious odour from Edo

On poor quality of road construction in Nigeria

A critique of Hakeem Baba-Ahmed’s rejoinder