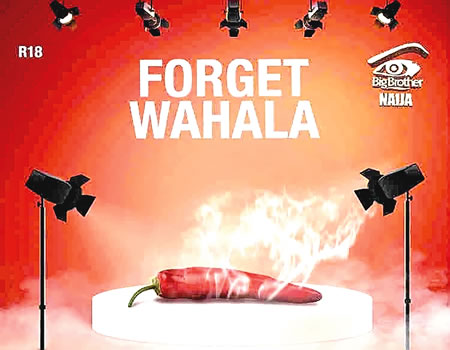 At the beginning of this ‘Pepper Dem’ season, Big Brother, the ever-invisible landlord of the house, informed the housemates (and by extension viewers of the show) to always expect the unexpected. Some surprises have indeed manifested, including the eviction of housemates without being nominated, the fake eviction of Seyi and Tacha and their subsequent re-introduction into the house to the astonishment of their fellow housemates.

The expressions on the faces of the older housemates when the five new competitors entered the house indicated how shocked they were at the development. They thought they had seen the last of unexpected twists, but they failed to realize that ‘Biggie’ has a lot more of surprises up his sleeves. In their diary sessions during the week, the original housemates wondered why new persons were brought into the house. Mercy specifically told Big Brother: “I want people to leave and not keep coming back”, during her diary session.

ALSO READ: Ed-el-Kabir: Prices of rams rise in Kaduna ahead of festival

However, some of the other older housemates were visibly excited by the latest additions to the house. Omashola, for example, has been exclaiming how Venita hails from the same state with him and how he wants to get paired with her. He even admitted that the actress’ beauty had made him lose his focus. Frodd, on the other hand, has been using his position as Head of House to get closer to the new ladies. He offered his bed space to Venita and formed a ‘protective ring’ around Enkay. He even publicly proclaimed that he is getting jealous and would not want to see her with anybody. For a guy who suffered a ‘heartbreak’ with Esther, he surely wants to ensure he is not jolted for a second time.

The new housemates have promised to bring the real ‘pepper’, which they said was missing in the house prior to now. Venita stated that she will bring confusion, fun and drama to the house; Enkay described herself as the salt missing in the house; Elozonam said he would bring his goofy side of him; Joe disclosed that he intends to bring trouble into the game; while Cindy vowed to bring drama and not tolerate any nonsense.

What traits the new entrants will exhibit remains to be seen, but it’s clear the dynamics of the game have been significantly altered for the original 14 housemates. If the older housemates felt too relaxed, the presence of the four new competitors in the house has surely banished complacency and will force them to readjust their game plans.

Fans can find out which original housemate will readjust his or her tactics or which new housemate will come and steal the thunder to claim the grand cumulative prize of N60 million only by staying tuned to DStv channel 198 and GOtv channel 29. Big Brother Naija “Pepper Dem” edition is available on all DStv and GOtv Max and Plus packages.