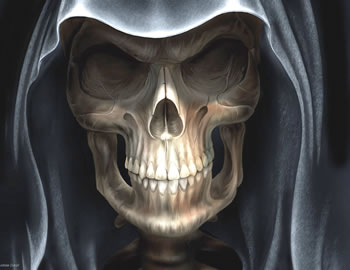 Fear, agitation and apprehension reigned freely in Ojudo community, Ado Ekiti, on Wednesday morning, as residents, traders and shop owners were greeted with the sight of the dismembered body of a man that had apparently been murdered overnight.

People from nearby Mugbagba, Ijigbo, Odo Ado, Ojudo and other neighbourhoods had converged on the street, close to the community’s market and had caused traffic jam as they called themselves to catch a glimpse of the spectacle.

Scores of commercial motorcyclists had left their bikes and the morning rush by the roadside for sightseeing while also calling their colleagues to come and see for themselves.

The deceased was apparently slaughtered as the throat was seen as had been cut, while all the limbs which had been severed from the rest of the body, were stuffed in a separate sack and had been dumped in the same gutter about 50 meters apart.

The torso, which had also been in a separate, bloodied sack had been exposed down the line in the same gutter and had caused several of the onlookers to descend into hysterics as they condemned the development.

No member of the cringing and disgusted crowd agreed that it knew or could recognise the face of the man who couldn’t have been more than 35 years of age.

The deceased was wearing baby curls as his last hairstyle, while the hair could be said to be approaching little dreads.

There was also a silver-coloured earring on the right ear while a T-shirt which appears to be the cloth the deceased was wearing at the time of the murder, was around the waist.

The Public Relations Officer of the Ekiti State Police Command, Mr Alberto Adeyemi, said “the DCO of the area has reported the development and we have already commenced investigation to unravel the crime.

The body, the police said, had been deposited at a mortuary.