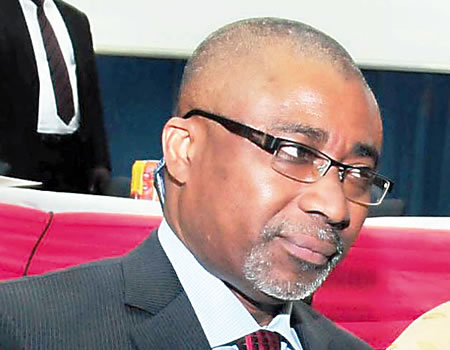 The DSS had on Friday last week picked up Abaribe at the premises of Transcorp Hilton Hotel, Abuja.
They later searched his Apo Quarter Home, Abuja The same day, a search that lasted more than six hours.

A statement from the Senators office on Tuesday indicated that “at about 6.32pm Tuesday 2018 Senator Enyinnaya Abaribe worked to freedom after 5 days in the DSS gulag.

“Abaribe who was granted administrative bail was released to his lawyers led Chukwuma Machukwu Ume SAN.

“Speaking at the premises of the DSS facility in Abuja thanked Nigerians for standing up against the wrongs done to Nigerian democracy with the arrest of Senator Abaribe.

“The collective calls and demand for his release have shown the great spirit of Nigerians for justice.”

My Kano visit not for political campaign — Tinubu