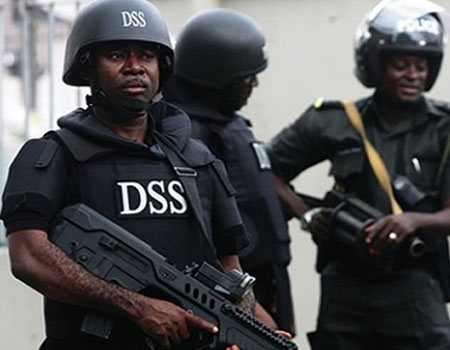 The  Department of State Service (DSS) on Thursday, stated that it had arrested 22 suspects including the abductors and killers of the traditional ruler of Adara Chiefdom, the late Maiwada Galadima, during the recent violent crisis that rocked Kaduna State during which several lives and properties worth millions of naira were lost.

This was contained in a statement made available to newsmen in Abuja, on Thursday, by ‎Mr Peter Afunanya, Public Relations Officer of DSS.

The statement disclosed that the suspects who were picked up at various locations in Kaduna, Katsina, Sokoto, Akwa- Ibom, Edo Plateau and Kogi State through joint operations with other sisters security agencies included high profile kidnappers and notorious elements who have been terrorising innocent citizens in the affected areas and beyond.

According to the statement, On 25th October 2018, in Riga Chikun, Kaduna State, five members of a dreaded kidnap gang whose operations span between Kaduna and Katsina States were apprehended.

“After a preliminary investigation, the group’s hideout in Katsina State was raided which led to the arrest of two other members of the group, Muhammadu Ibrahim and Muhammed Isa.

It added that between 11th and 12th October, this suspected armed bandits operating in and around Zamfara State were also arrested in Bakura, Tsafe and Bungudu LGAs of the State.

“Those arrested were Dan-Alhaji Dan-Mineri, Yusuf Khalif and Musa (Mallam).
‎The statement further disclosed that during the operation, a suspected Improvised Explosives Device (IED) expert for the Islamic State in West Africa (ISWA) was also apprehended.

The statement revealed that investigations have so far uncovered leads that would enable the Service and other sister agencies to address the menace of kidnapping in the country.

It assured that the suspects would be prosecuted in accordance with the laws of the land and pledged that the Service would continue to sustain its current effort to rid the society of the bad criminals.

Amosun meets Buhari, says I have no hand in Oshiomhole’s woes