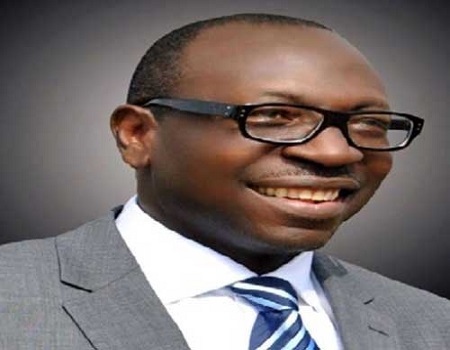 EDO State chapter of the Peoples Democratic Party (PDP) has described as incomplete, the invitation extended to some All Progressives Congress (APC) members in the state by the Department of State Services (DSS) without the inclusion of Pastor Osagie Ize-Iyamu, the APC’s governorship candidate.

Speaking to Sunday Tribune in Benin City on the issue, Publicity Secretary of the PDP in the state, Mr Chris Nehikhare said that he was aware that the APC leaders were invited by the DSS on the strength of an earlier petition written by the PDP to the security agency to investigate a  video, which went viral some three weeks ago.

He said in the video, the invitees called themselves the “lions and tigers of Edo State,” while visiting the Ize-Iyamu,  but regretted that the APC standard-bearer was missing from the list of the invitees. The security agency had on Friday invited 10 APC leaders for “an important meeting” to be held at the Benin office of the agency by 11.00 am on Saturday.

Among those invited by the DSS was Mr Tony Adun, aka Kabaka, who was seen in the viral video introducing others to  Ize-Iyamu as the “lions and tigers of Edo,” the national chairman of Road Transport Employers Association of Nigeria (RTEAN), Mr Erio Osakpawan,  aka Nomoless; Ehis Adams – APC leader in Oredo; Osaro Idahosa – APC leader in  Ikpoba-Okha, and Okunbor Roberts – APC Leader in Ovia South-West Local Government Area of the state.

Others are ‘Atarodo’, Kingsley Amedo; Richard Obe; Osarobo Idehen and Dr Emma. Nehikhare noted that the PDP  would be watching the development as “we petitioned the SSS on many occasions, especially when they called themselves lions and tigers. We petitioned the DSS when the APC candidate was telling them and inciting them that  during the election, they should go and disrupt the election in the various units and various wards.”

In his reaction to the DSS invitation, John Mayaki, chairman, state Media Campaign Council of the APC said that his party would wait to see why its leaders were invited by the security agency before reacting as the invitation letter in the public domain is silent on the reasons for their invitation.

“Tony Kabaka should be in the best position to answer all these. When they get there, the police or the DSS will let them know why they invited them. They have been invited; let us not preempt the invitation. Let them go, when they come back, we can tell why they were invited.

“The letter is in the public and the purpose of the invitation is not stated in the letter. It is when they get there that they  will be told why they invited them,”