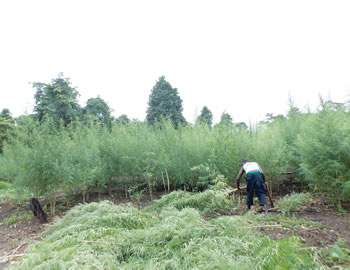 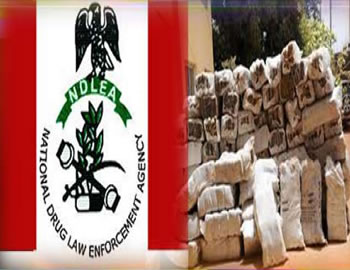 THE National Drug Law Enforcement Agency (NDLEA) in Kogi on Friday said it arrested 151 suspects, including six females over drug-related offences in Kogi between January and June this year.

The state Commander, Alhaji Idris Bello, made the disclosure in Lokoja at a news conference as part of activities to commemorate the 2017 United Nations Drug Day with the theme “Listen First.’’

Bello said the command also seized a total of 3,498.035 kg of weed suspected to be Cannabis Sativa (Indian hemp).

He added that other psychotropic substance such as Tramadol, Diazepam, Rohypnol and Codeine were also seized from the suspects during the period in review.

He explained that 12 of the suspects were convicted and sentenced to various terms in prison while 10 cases were pending at Federal High Court, Lokoja.

The commander noted that 72 of the suspects were released for want of evidence, while 57 were counselled under the command’s short intervention programme.

He pointed out that five vehicles and trucks were impounded during the period under review, while four drug-dependent persons, including one female were rehabilitated.

Bello urged motorists to always be mindful of the things they convey in their vehicles saying “our men are always on the roads ready to apprehend and impound any vehicle conveying drugs.’’

The NDLEA boss also cautioned landlords to be vigilant and guard against leasing out their properties to drug dealers.

He called on stakeholders, especially parents, to monitor the activities and movements of their wards and children, stressing that “when you monitor them, you will get to know what is going on with them and around them.”

NSE market indices extend loss, down by 2.45 per cent