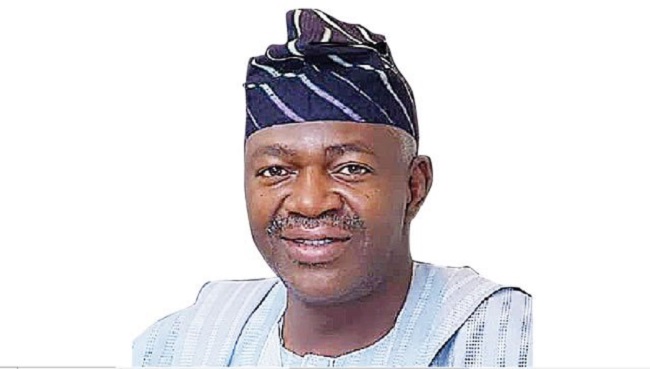 A member, Lagos State House of Assembly, Hon. Rotimi Abiru representing Shomolu Constituency Two, has enjoined parents to prioritize their daily programmes and activities to enable them monitor their children and prevent them from drug abuse, which he said had destroyed the future of many youths in the society.

Abiru made this call at the 7th Annual Constituency Stakeholders’ Meeting held simultaneously across all the 40 constituencies of the state organized by the Lagos State House of Assembly with the theme: “Increasing Wave of Drug Abuse, A Threat to nation-building.”

Abiru, in his keynote address which he delivered at the event which took place at Bariga Local Council Development Area, Bariga, and attended by leaders of the ruling All Progressives Congress (APC) in the community, traditional rulers, market men and women, artisans, teachers and students, among others, stressed that the use and abuse of drugs was fast becoming prevalent amongst adults and, especially, the youths.

The lawmaker, who is the immediate Chief Whip of the House, said drug abuse had been identified to have diverse and devastating effects on the safety and progress of the society, noting that besides its negative social effects such as violent crimes, disruption of the family, child abuse, broken homes and neglect as well as unemployment, it had also been associated with some other criminal behaviours such as cultism, armed robbery, rape, banditry, insurgency, kidnapping, among others.

“Drug abuse has been Identified to have diverse and devastating effects on the safety and progress of the society.

“Apart from its negative social effects such as violent crimes, disruption of the family, child abuse, broken homes and neglect as well as unemployment, It has been associated with some other criminal behaviours such as cultism, armed robbery, rape, banditry, insurgency, kidnapping and such other criminal activities which have a direct linkage to drug abuse,” Abiru stated.

The lawmaker, therefore, said there was an urgent need to checkmate the persistent abuse of drugs among the youths in other to ensure the growth and progress of Nigeria, calling on husbands and wives to roll up their sleeves and team up, rather than separate, to enable them nurture their children to become leaders that can take up the mantle of leadership in the future as well as become respected members of society.

“Consequently, we call on all stakeholders, residents, parents, teachers, students, school proprietors, religious organisations, celebrities, social media influencers, professional bodies, the academia, civil society organisations, and community leaders to work in concert with the government for the common good of our society by saying ‘no to drug abuse.’

“We need to understand that the increase in cultism could be attributed to drug abuse among youths. The solution to this is for parents to keep adequate watch of their children as well as prevent them from engaging in drugs.

“Also, the law enforcement agencies should not relent in their efforts towards a zero-tolerance on drug abuse, cultism and other vices that could affect the peace and harmony currently experienced across the society,” he said.

The Tutor-General and Permanent Secretary, Anike Adekanye, in her remark, said there was an urgent need for aggressive sensitization of youths, parents, and guidance on the impact of drug on addicts developments.

Adekanye, while positing that the school cannot solely solve the challenges, charged all parents to keep adequate watch on their children and wards and them prevent them from drug abuse.

The guest speaker, Mr. Olisa Egwvutu of Center for Correction and Human Development in partnership with NDLEA, blamed the rising wave of rape, broken homes, violence, cultism and other criminal activities on abuse of drugs.

Olisa, while declaring that Nigeria is the highest consumer of cannabis in the world by the report of NDLEA, however, said one of the ways to reduce the drug menace was to include it in school curriculum and encourage people to get married and stay in the marriage.

He also urged parents to check their children’s bags on daily basis and closely monitor their friends to prevent their children from going into drug abuse, stressing that some of the causes of drug abuse amongst youths were lack of parental care, peer group, depression, exposure to social media, television Influence and low self-esteem.

Earlier, in his welcome address, the Chairman of Bariga Local Council Development Area (LCDA), Hon. Kolade Alabi, called on all parents to collaborate with teachers to secure the future of their children.

Hon. Kupoluyi, who was represented by the LCDA’s Vice Chairman, Hon. Adeola Kupoluyi, also assured the people of Bariga of more dividends of democracy as he assumed office for a second term.

In spite of the huge investment in the water sector by the government and international organisations, water scarcity has grown to become a perennial nightmare for residents of Abeokuta, the Ogun State capital. This report x-rays the lives and experiences of residents in getting clean, potable and affordable water amidst the surge of COVID-19 cases in the state…Parents should prioritize  Parents should prioritize

(PHOTOS): All set for coronation as Olu of Warri-designate embarks on peace walk