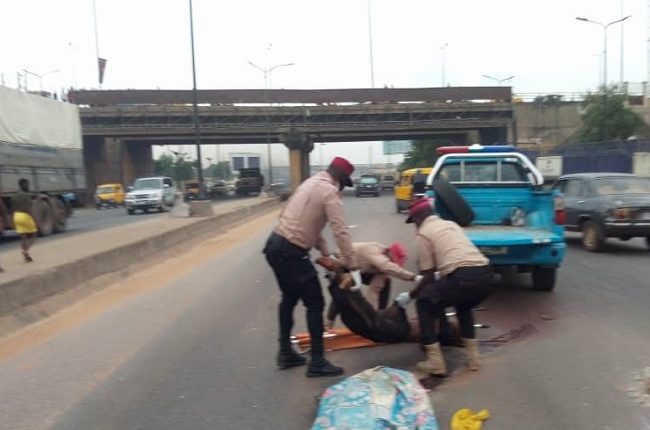 A mentally challenged man was, on Friday, killed by a hit-and-run driver around Upper-Iweka, Onitsha, Anambra State.

The accident occurred around 7:40 am by TRACAS bus stop.

An eyewitness said a vehicle on top speed rammed into the man and sped off.

The Sector Public Education Officer, Federal Road Safety Corps, Pascal Anigbo , who confirmed the incident in a statement, said: “At about 7:40 am on Friday 10 July 2020, the attention of an FRSC Patrol Team attached to Upper-Iweka Outpost Onitsha, was drawn to a lifeless body of a middle-aged man lying helplessly on the expressway, by TRACAS bus stop, Upper Iweka, along Onitsha-Awka expressway.

“The identity of the vehicle was however not noted. The corpse was deposited at Toronto Hospital Mortuary by the FRSC team, to restore free flow of traffic, which had already built-up. The incident was also reported at the Central Police Station, Onitsha, for further investigation.

“The Sector Commander Federal Road Safety Corps Anambra State, Andrew Kumapayi strongly warns drivers against over-speeding, especially within built-up areas. He sends his condolences to the family of the deceased.”