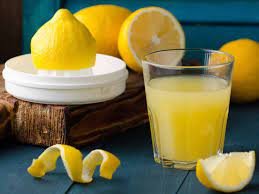 M ILLIONS of people have difficulty regulating the amount of sugar in their blood, leaving them at greater risk of headaches and lethargy as well as future heart attacks and nerve damage. But a new study found that lemon juice, not tea, can help to modify how food is digested and to reduce sugar spikes after meals.

In the study, the researchers tested the impact of black tea and lemon juice on the glycemic response to bread and subsequent energy intake in healthy adults. They gave equal portions of bread (100 g) and 250 ml of water, black tea or lemon juice and later measured their blood glucose concentrations.

The researchers noted that tea had no effect on the glycemic response but lemon juice significantly lowered the mean blood glucose concentration peak by 30 per cent. It delayed more than 35 minutes. None of the tested beverages had an effect on the energy available for the body to use all the time (ad libitum energy). It was in the European Journal of Nutrition.

The researchers stated: “the effect of lemon juice was similar to what has been repeatedly observed with vinegar and other acidic foods. Including acidic beverages or foods in starchy meals thus appears to be a simple and effective strategy to reduce their glycemic impact.”

The researchers stated in the European Journal of Nutrition that “the effect of lemon juice was similar to what has been repeatedly observed with vinegar and other acidic foods. Including acidic beverages or foods in starchy meals thus appears to be a simple and effective strategy to reduce their glycemic impact.”

To fuel the body, starch in food is broken down into sugars by enzymes in saliva, first in the mouth and then the stomach. Further conversion happens in the intestine and liver to produce glucose that is transported around the body via the bloodstream.

The hormone insulin plays a vital role in helping cells refuel with sugar. Blood sugar levels rise in diabetics when the body either does not produce enough insulin or if it is overwhelmed with large amounts of glucose.  An unruly blood sugar levels set the stage for a host of complications if left untreated.

Diet plays a role in managing blood sugar levels. There is increasing evidence, however, that certain foods can help lower glucose.

The inhibition of enzymes that breaks down the starch in food during digestion could constitute an opportunity to slow down the release, and ultimately the uptake, of starch-derived glucose in the stomach, hence preventing a spike in blood sugar level.

Lemon juice, which is packed with polyphenols, is often mixed with water to help flush toxins out of the body. It is a miracle potion for those looking to shed some extra pounds and a go-to drink after a nasty hangover.

Also in another study, researchers from Université Paris-Saclay discovered that lemon juice slows the body’s digestion system, suppressing the conversion of carbohydrates into sugar and therefore suggested that by adding lemon juice to their mealtimes, diabetics could help level off the spikes in blood sugar that affect their daily lives. It was published in the journal Food Chemistry.

According to them, “lemon juice had a remarkable effect. The results provide a strong biochemical rationale for the development of dietary strategies to improve the glycaemic impact of starch-rich diet.”

The research had assessed how different drinks influence the actions of the salivary enzymes in breaking down starch at the start of that chain. Laboratory experiments recreated conditions in the stomach with bread digested in the presence of black tea, green tea, coffee, wine, vinegar and lemon juice.

The enzymes were seen to slow down markedly in the acidic conditions provided by teas, wine and vinegar, but tended to recover their efficacy over the subsequent 30 to 60 minutes.

However, when pH levels dropped below 2.5, as with lemon juice, there was a “complete interruption of starch hydrolysis during the gastric phase of digestion.”

Researchers believe that lemon juice intake may reduce blood sugar levels spikes in a small time frame of 45 minutes. They stated that those who drank lower amounts of lemon juice also had lower blood glucose than those who drank none. The difference, however, was not significant.

They recruited 12 subjects, all aged between 20 to 30 years, who were divided into three different groups.

Lemon juice was mixed with water, and all subjects were instructed to eat food within 10 minutes of drinking their beverage. They all had their blood sugar levels measured at zero, 15, 30, 45, 60, 90 and 120 minutes after consumption.

Lemon water may not directly impact the blood sugar levels, causing it to come down, but it is packed with soluble fibres, which also help keep the heart healthy by regulating cholesterol and stabilising blood pressure.

Squeezing lemon juice and drinking it with water may not amount to your daily recommended intake of fibre or vitamin C. But it is dubbed by American Diabetes Association as “Diabetes Superfood” because it is full of fibre, vitamin C, folate and potassium, which would help benefit a healthy diabetic diet.