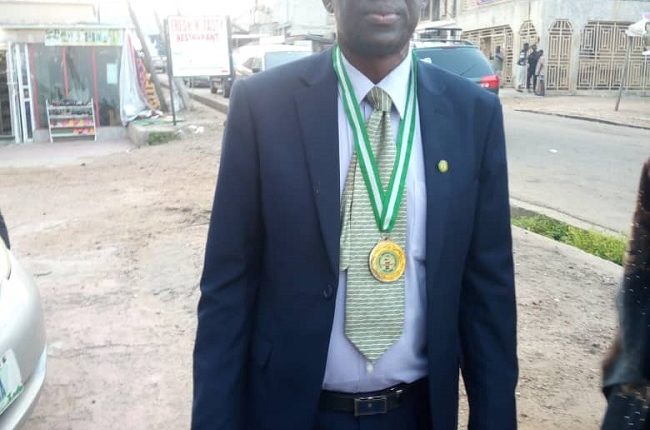 In a keenly contested election online during the NMA’s virtual AGM/2020, Oyiguh polled a total of 161 (59%) votes to defeat his closest rival, Dr Ashraff Abdulhakeem, who had 112 votes representing 41% of the total votes.

With this new development, Dr Omakoji Oyiguh as the new Kogi NMA Chairman replacing Dr Kabiru Zubair, to pioneer the affairs of the association for the next two years.

Other state’s officers of NMA elected to pilot the affairs of the association for the next two years were: Dr Adeyemi Williams as Vice Chairman; Dr Famotele Tolorunju as Secretary; Dr Chimieze Udebuani as Asst. Secretary; and Dr (Mrs) Edith Agu as Treasurer.

Other were: Dr Kelvin Emmanuel Bola as Public Relations Officer; Dr Samuel Babatunde as Director of Welfare/Social; and Dr Mohammed Umoru as Auditor 1, while Dr Kabiru Zubair as Ex-Official 1; and Dr Okungbowa Osaretin as Ex-Official 2.

Speaking to journalist shortly after his swearing-in, Oyiguh commended the electoral committee for conducting a free, fair and credible election to the satisfaction of all contestants.

Oyiguh eulogised the immediate past chairman for his vibrancy, numerous achievements, leadership style, the transformation and innovations he brought to the association within two years.

“The immediate past chairman is a man of peace; he did his best. We are going to build on his legacies and take NMA Kogi to greater heights,” he said.

Oyiguh further solicited for the support of all NMA members in Kogi including all the contestants, to join hands with him and the new exco to improve the welfare of their members and for NMA to be more visible and vibrant.

Earlier in his valedictory speech, the Immediate Past Chairman (IPC) Dr Kabiru Zubair, thanked members of the SOC, SEC, Past Chairmen, Medical Elders and the Congress for their support, while appreciating the media for projecting the NMA activities in the last two years.

Zubair highlighted the numerous achievements of NMA in the last two years, such as improved welfare package and facilitating landed property for members, purchase of land and commenced building the long-proposed NMA Kogi State Secretariat which has gotten to the roofing level as at July 2020, among several other achievements.

“As we exit the stage today, we believe that if the incoming executives build on these landmark legacies, NMA Kogi State will get even better, moving forward,” Zubair said.