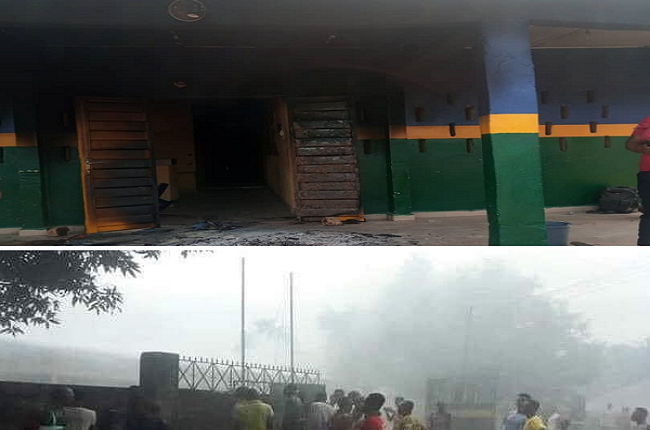 The divisional police station in Nsukwa, Aniocha South Local Government Area of Delta State has been set ablaze by gunmen.

The Divisional Police Officer and two sergeants were set ablaze by the hoodlums.

Tribune Online gathered that the attackers stormed the station at about 2 am on Sunday, shooting sporadically to ward off any challengers.

Some of the locals confirmed that it was the intense shooting that woke them up from sleep.

“Everybody was afraid following the shooting, it was later we heard that the police station was attacked,” a resident in the agrarian community said.

When contacted, the Police Public Relations Officer (PPRO), DSP Bright Edafe, confirmed the attack, adding that investigation was being intensified.