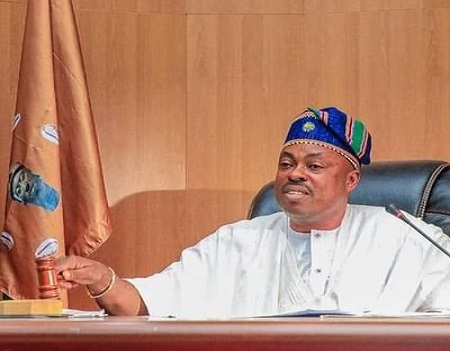 Osun State House Of Assembly has resolved that since the judgement nullifying the Chairmen and Councillors elected on the 15th of October had been appealed, the elected officials should remain in their respective offices.

This was contained in a statement by the Press Secretary to the Speaker of the Assembly, Kunle Alabi in Osogbo.

Though “the Osun State Independent Electoral Commission had, through its Executive Secretary, Adedapo Adejumo, withdrawn Certificates of Return issued to the elected officials of LGAs and disclosed plan not to appeal judgement of an Osogbo Federal High Court that sacked them”.

But the Assembly said, “it arrived at the resolution that the sacked Council officials should remain in office during a plenary when its Speaker, Timothy Owoeye, briefed members on the outcome of a private meeting held with the governor, Senator Ademola Adeleke”.

Owoeye, while briefing members of the Assembly on the outcome of the meeting with Adeleke, also stated that there was a mutual understanding that the House would henceforth be carried along on matters that concerns the legislative arms of government.

The statement partly read: “On the issue of LG administration, Owoeye informed the plenary of a notice of appeal against the decision of a Federal High Court judgment served on the 7th Assembly”.

“When Aregbesola took over the mantle of leadership in 2010, the PDP-controlled local government was still in place and the status quo remained. Nobody dissolved the local government until all legal processes were completed.” the statement concluded.

It will be recalled that the state governor, Senator Ademola Adeleke had earlier ordered that, the most senior career heads across all the Local Government Council Areas in Osun State should take charge of the affairs of their respective Councils which the state House of Assembly maintained, that their fate should be allowed to be determined by the court of law.

2023: Court turns down request to compel INEC to strike out Tinubu’s name