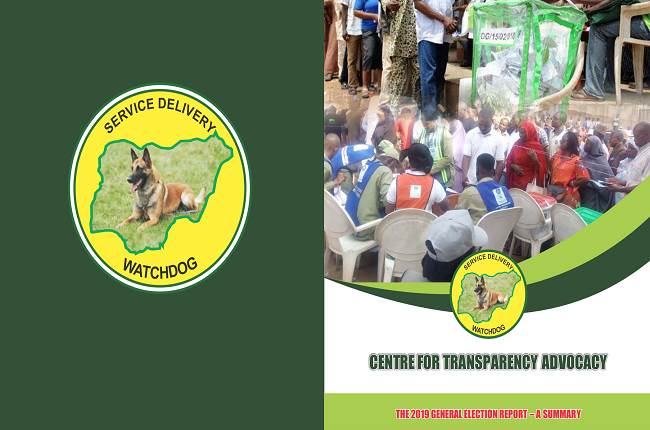 Ahead of governorship elections in Edo and Ondo states, an intervention and monitoring group, the Centre for Transparency Advocacy (CTA) has cautioned political parties to adhere strictly to precautionary measures to combat the pandemic, Coronavirus in the course of campaigns for votes.

The group also cautioned against inciting remarks which could precipitate violence among competing political parties.

The CTA gave the admonition in a communique it issued at the end of a recently organised two zoom meetings for stakeholders in Edo and Ondo states which took place on May 27 and 11th August 2020 respectively.

In the communique signed by the CTA executive director, Faith Nwadishi, the stakeholders resolved that INEC should call political parties to order and ensure that campaigns were conducted in deference to COVID-19 Protocols as issued by National Centre for Disease Control and the INEC guideline for the governorship election.

The meeting specifically also resolved that INEC should ensure that political parties conduct themselves responsibly while canvassing for votes to reduce the spread of the pandemic by activating the social distancing strategy and the wearing of face masks.

” That INEC, NCDC, Civil Society, Political parties and the National Orientation Agency should intensify Voter education and enlightenment to allay the fears of the public especially on the fear of contracting the COVID-19 virus while coming out to vote and to be in tune with voting procedures and the electoral process.

“That INEC in collaboration with NCDC and health agencies ensure adequate deployment of health personnel at all polling units and voting areas.

“Civil Society Organisations are called upon to champion the call and advocate for the regulation of party financing through electoral reforms and policies.

“That INEC should give assurances and make adequate provisions to protect and give access to people with disability, pregnant women and the elderly.

“That political actors should ensure that their actions and words do not trigger violence and heat up the polity unnecessarily.

“Participants agreed to effectively cooperate with INEC and are committed to a free, peaceful and credible election in both Edo and the Ondo States come September 19 and October 10, 2020, respectively. The Centre for Transparency Advocacy, therefore, enjoins all stakeholders to be mindful of the health challenges and cooperate with INEC by abiding by the guidelines as issued by INEC for a hitch-free election.”

Other concerns raised at the zoom meetings include Rising hate speech and violence perpetrated by the political class, fear of voter apathy towards the election due to health concerns arising due to the COVID-19 pandemic, political party financing and vote trading, the care for people with disability, pregnant women and the elderly to have access to vote, adequate deployment of health personnel to polling units and other voting areas and lack of adequate enlightenment and education to the citizens on the electoral process.