Don’t cause hardship for the masses through revenue generation, Elebuibon urges govts 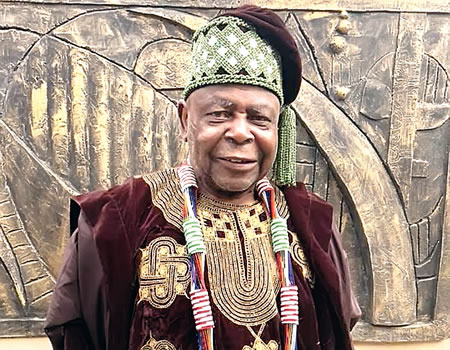 Share
The Araba of Osogbo, Chief Ifayemi Elebuibon, on Tuesday in Osogbo, Osun State capital urged government at all levels not cause hardship for the masses in the quest to increase revenue generation through taxation.
He said though payment of taxes was germane to the socio-economic growth of any society, much burden should not be created for the downtrodden in the payment of taxes.
Elebuibon made the appeal during the celebration of this year’s Isese Day celebration by traditionalists in Osun State.
According to him, “we are aware that people must pay tax, but the government must put into consideration the plight of the masses and should not be unnecessary wicked in its policy aimed at generating revenue, not just in Osun State, but throughout the country.”
“God wants us to show love towards each other and be our brothers’ keeper and jettison hatred in our society because there is too much hate around us, we need to show love towards each other so that there will be progress and development in the land”, Elebuibon stated.

In his remark, the world President of Ancient Religious Societies of African Descendent International Council, Chief Ifagbenuola Atanda advised traditional rulers to uphold their integrity by being the custodian of culture and tradition and avoid being political jobbers.
He averred that “it is high time traditional rulers stop running to politicians for personal benefit, many of our monarchs have reduced themselves to political sycophants because of contracts and other favours from politicians, so they lost the right to call any erring politician in public office to order”.
“Meanwhile, traditional rulers ought to be living above board morally so that any of their subjects would be put under control”, he said.
The supervisor for the Ministry of Home, Tourism and Culture, Dr. Bisi Babawale, who represented the governor, Mr Adegboyega Oyetola hinted that government intention was to utilise tradition to develop the state tourism sector and attract foreign investment to the state.
He said many traditional religion adherents at home and in the diaspora have the potential to attract foreign investment if the cultural aspect of African tradition is properly harnessed.