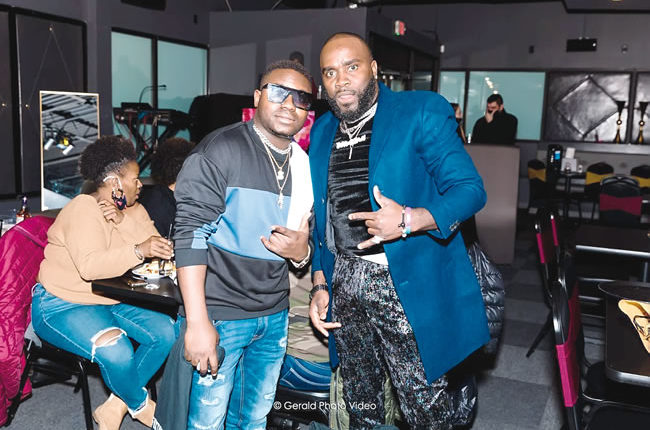 After so much excitement and anticipation, the management of the entertainment label, Don Crucifixto, has finally awarded prizes to winners.

Recall that the label the released of Kusher Snazzy’s dance hall vibe entitled ‘Conga’; for almost a month now, the song has quickly become a monster hit, following a dance challenge which attracted participants from different walks of life.

The popular challenge has finally showcased the two main winners and a consolation prize for another participant.

The voice behind the hit song, Kusher Snazzy, an American-based Togolese singer, rapper, dancer, and performer is regarded as one of Africa’s most versatile artistes, who has beaten all odds to create as much music as he could.

As promised, the 1st Winner, @ay_Lawrence, went away with $750 and the second winner, @sky_face_228_officiel, grabbed $250. Meanwhile a sum of $100 was given to @dreamcatchersda as a consolation prize.

The flourishing label has also promised its teeming fans another challenge.