Dogara is not our member ― Bauchi PDP 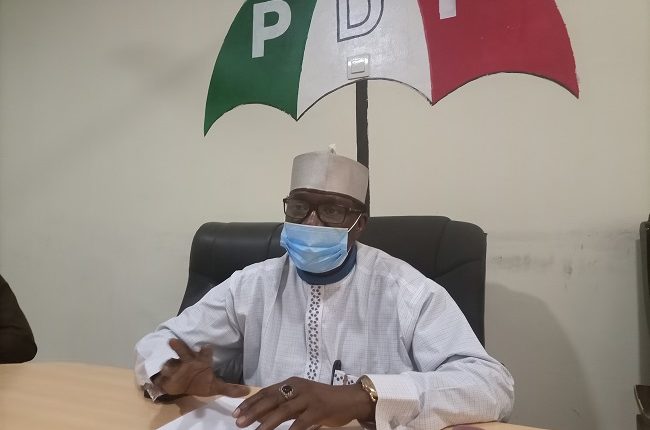 Share
As the drama over which political party, former Speaker of House of Representatives, Yakubu Dogara belongs continues, Bauchi State Chapter of the Peoples Democratic Party (PDP) has declared that Dogara is not a member of the party in the state.
The declaration was made by the Publicity Secretary of the PDP, Yayanuwa Zainabari, while addressing a cross-section of journalists on Thursday at the party secretariat.
Zainabari declared that “Yakubu Dogara is not a member of the PDP in Bauchi State. As far as we know, he tendered his resignation letter from the party to his ward chairman in July 2020 which was copied to the state secretariat.”
The PDP state image-maker added that “during the last by-election for the state constituency seat of Dass LGA in the State House of Assembly, he participated fully in the campaigns of the All Progressives Congress (APC) against the PDP. If he is a member of the PDP, will he do that?
He further said that “just recently, we started seeing his posters on the street of Bauchi with Governor Bala Mohammed Abdulkadir with an inscription of 4 + 4. What that portends, we don’t know but we are dissociating ourselves from whatever may be the reasons.”
Zainabari added that “he voluntarily left the PDP without any cogent reason. We have gone to the court to seek redress so that we will retrieve the seat of Dass/Tafawa Balewa/Bogoro Federal Constituency.”
The PDP, therefore, called on political jobbers who are trying to cause confusion in the state to desist from doing so, stressing that it will not allow anyone to rubbish what the party has done on two years.
Asked if the party will welcome Dogara back to its fold if he decides to stage a comeback, Zainabari said: “He is welcome but he must go through the processes laid down in the constitution of the party because party politics is all about people.”

It will be recalled that the PDP had gone to a Federal High Court in Abuja seeking for the sacking of Yakubu Dogara as a member representing it at the House of Reps having left the PDP for the APC.