Do something about resumption of EKSU, others, NANS tells Fayose 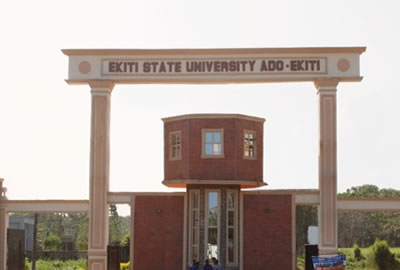 The students, in a statement made available to newsmen in Ado Ekiti on Wednesday, the students said should there be no action towards the reopening of the institution within 72 hours, the association would “cause the entire students in Ekiti State to embark on mass action.”

In the statement signed by the Zone D Coordinator, Lukman Adebisi Adekitan and Treasurer, Ayodeji Ilesanmi Amoran the students lamented that the current disruption in the academic calendar of the institution “will automatically become impossible for them to participate in the NYSC mobilisation process.”

The students also demanded reduction in school fees in the state-owned tertiary institutions namely EKSU, College of Education, Ikere Ekiti and College of Health Technology, Ijero-Ekiti and called for outright stoppage of “acceptance fees” in the institutions.

The student leaders said the institutions which had paralysed owing to strike actions was tantamount to the stunting of the growth and development of the people of the state, and said the students body would not accept the “nonchalant attitude shown by the state government to the state’s sector particularly the tertiary institutions in the state.”

NANS insists on resolution of Obaseki, Oshiomhole face off

NANS to Shaibu: Retrace your steps on Obaseki, Oshiomhole feud