Do not select moneybags as my successor, Awujale tells kingmakers 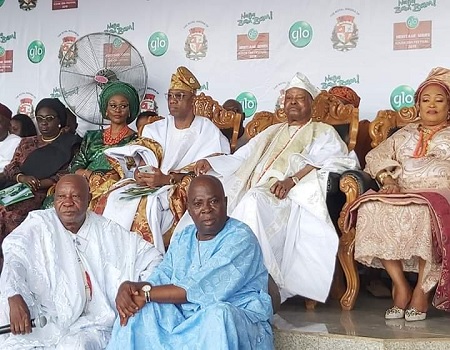 The kingmakers of Ijebuland have been advised by the Awujale and Paramount ruler of Ijebuland, Oba Sikiru Kayode Adetona, not to allow moneybags influence the selection process of his successor on the throne after his demise.

The monarch, said this on Tuesday, at the 2019 Ojude Oba Festival, sponsored by Globacom Telecommunications, that the selection process must be thorough in line with the culture and tradition of the land.

Oba Adetona who noted that death is the end of all mortals urged the people to go for an indigene who would not bring backwardness to the land.

He said: “When I eventually go, please go for a capable successor. Reject any candidate that will put Ijebuland into retrogression.

“Do not politicise the process of selecting my successor. Do not go for people that will draw Ijebu backwards.

“Do not go for money bags that will destroy the achievements Ijebuland has recorded so far. My prayer is that Ijebuland will continue to grow from strength to strength. Call on God for direction when picking my successor. Ask God to guide you.”

The Ogun State Governor, Prince Dapo Abiodun, in his speech, described the annual celebration as a one that showcases the cooperation and collaborative tendencies of the rich Yoruba culture.

“It is no gainsaying that the Ojude Oba festival has grown to become one of the most popular socio-cultural events in the entire South–West region of Nigeria and indeed a global tourist attraction.

“Our Administration will continue to support this great festival as we are desirous of sustaining and promoting culture, tourism and the lessons of the positive development that would be engendered through our collective efforts,” he said.

The theme of the 2019 festival is “The Uniqueness of Ijebu Nation”.

Others were former deputy governors of the state, Alhaji Adegbenga Kaka and Engr. Segun Adesegun among other dignitaries.

One killed, seven injured as police attempt to arrest fleeing criminals in Anambra