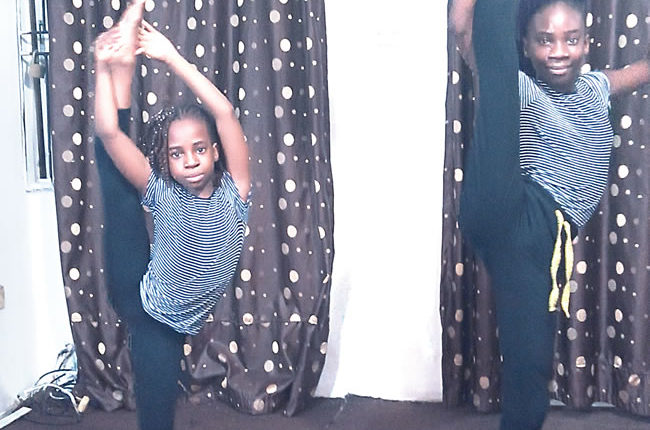 Despite the popular varieties that make up the entertainment industry, contortion is one aspect that does not seem popular.

The sisters, aged 11 and 8 respectively, told R that they were born with hypermobile bones and could make uncommon body flexibilities since they were much younger with their mother Chantal Owoniyi corroborating their story.

“I noticed Diva could sleep with her legs bend and almost touching her head, the same with her younger sister, Posh.  A typical African mother would have fretted but knowing that I had the same tendency when I was younger, I saw a talent in my daughters and decided to nurture it,” Owoniyi stated.

Since their tender years, Diva and Posh told R that they have explored their talents by participating in various activities, including ballet, gymnastics, singing, dancing and acting while being regarded as special kids at their school.

“We have showcased our abilities at various events and concerts and are regarded as young special stars in their schools. I am a gold medalist and overall champion during my school’s gymnastics competition while my sister [Posh] was the first pre-school pupil to join her school’s ballet dance group at the age of 2,” Diva told R.

Speaking on their plans for the future, the sisters expressed that with support of family, they wish to make a name for themselves in the country despite contrary advice.