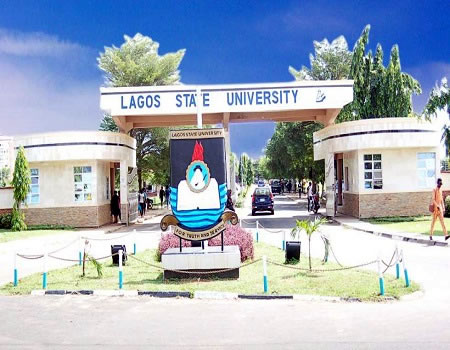 The dismissal of three executive members of the Lagos State University (LASU), Ojo, chapter of the Academic Staff Union of Universities (ASUU), has been justified to be perfectly in order by some top senior lecturers, students and other members of the university community.

They said the school authority had done no wrong for taking that decision in as much as the trio – Anthony Dansu (secretary of ASUU), Adeolu Oyekan (assistant secretary) and Kemi Abodunrin-Shonibare (Treasurer) and other dismissed staff members-were all given fair hearing to defend themselves of various allegations levelled against them and in which they were found culpable.

They made this stand on Tuesday at a media conference convened by them at the Senate Chamber of the university purposely to address newsmen on what actually transpired and led to the dismissal of the eight members of staff and especially the three ASUU officials, among them.

The lecturers convened the briefing under the aegis of concerned stakeholders in LASU and at the event were Professor Babatunde Yusuf (Dean of Faculty of Management Sciences); Professor Sola Foluso (Head of Theatre Arts and Music, who is also the convener of the forum); Professor Martins Anetekhai (Director of Centre for Entrepreneurial Studies and Chairman, Conflicts Management and Reconciliation Committee); Professor Abiodun Akinpelu (Director, Centre for General Nigerian Studies); Dr Bukola Adedoyin(Department of English Studies), among others. Also present were President of the student’s union government of LASU, Olatayo Oladele and other student’s union officials as well as various other stakeholders within LASU community.

ALSO READ: Tuberculosis and HIV co-infection on the increase in Nigeria ― NGO

They said the three sacked ASUU officials, for example, committed what they called grievous offence by allegedly removing and use classified documents of the university without authorization.

They said the university does not only frown at such conduct but will also not spare any staff found culpable of the act which they said every staff knows to be contrary to the conditions of service in the university.

They said the content of the documents that the sacked lecturers and union leaders- which bordered on the alleged illegal promotion of the current Vice-Chancellor of the university, Prof Olanrewaju Fagbohun, to professorship cadre, brandishing around are immaterial.

According to them, backdating promotion of staff in LASU and in other institutions elsewhere around the globe for any staff who merits such is never a new thing.

They pointed out that so many LASU staff-academic and non-academic –including ASUU officials at one time or the other in the past and also most recent benefited from backdated promotion when such were not carried out when due for it.
They said the issue under which the sacked lecturers goofed had nothing to do with the Freedom of Information Act under which they said they were hiding and claimed to have done what they did.

They noted that the problem with ASUU officials is that they just want to cause trouble against the university authority for dismissing the former chairman of the union, Dr Isaac Oyewunmi and the vice-chairman, Dr Adebowale Adeyemi-Suenu, in 2017 over alleged fraudulent practices and therefore looking all out for something to nail the leadership of the university.

They, however, said the dismissed lecturers-and others sacked together with them- not only have the opportunity to seek redress if not satisfied by appealing their judgment before the university senate but can also approach the law court for same rather than continuing spreading what they called falsehood.

Include youths in budgetary allocations for economic growth ― Fayemi