Dismissal of Election Petition Against Result of Councillorship Election for Ward A, Eti Osa Local Government 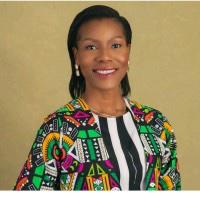 As strong believers in democracy and the rule of law, we will study the judgment and take an informed decision on the way forward after due consultations.

It is however important to state, that while the Tribunal concluded that we were unable to prove our case beyond resonable doubt, it totally ignored the crux of our Petition, which was over voting in many of the polling units, the failure of election to hold in at least two polling units and the systematic disenfranchisement of voters occassioned by the late arrival of election materials and the illegal relocation of several polling units. This we proved beyond reasonable doubt.

Election started in polling unit 13 at 3:15pm for an election that was meant to end at 3pm after most voters had left. Wrong materials were brought for polling unit 14a. All the above stated facts were uncontroverted. It is our position that the brazen act of electoral malpractice would continue to lead to voters apathy and imperil our hard fought democracy.

Voters turnout in Lagos State is currently less than 10%, which suggests that electorates are losing confidence in the electoral process.

That said, we commend the efforts of our brilliant legal team headed by Mr Yemi Candide-Johnson, S.A.N., and the unflinching support of our party members, supporters and well wishers. We will continue to fight the good fight of shaping a future where every Nigerian can fulfil their true potential.

Finally, we wish to commend our candidate, Mrs Tari Taylor, who has demonstrated leadership throughout the entire process. She ran a brilliant campaign that connected with people from all strata of society and gave them hope. She’ll be back and even stronger.

The race towards a better Nation remains our unrelenting purpose and we urge every well meaning Nigerians to join this noble cause of Shaping the Future of our great Country.

Addressing the menace of fake varsities in Nigeria

On Lagos inland waterways, competition for space getting messier, deadlier