Discretionary Customs power, others behind corruption at Nigerian ports ― Group 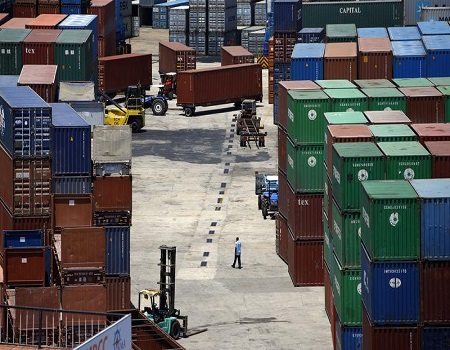 The Maritime Anti-Corruption Network (MACN) in collaboration with the Convention on Business Integrity (CBI) has released a report indicating that lack of clear procedures and processes backed up by relevant laws (including obsolete laws and procedures) in many areas of port operation, including such processes as Temporary Imports, Permanent Imports, Midstream Discharge, Emergency Importations (Hand carry policy) as a major reason why corruption thrives in the Nigerian port system.

According to the report which was released in August 2019, a copy which was made available to the TribuneOnline, “other vices aiding corruption include exercise of discretionary powers by Customs oﬃcers, port agencies, Terminal Operators, and Stevedoring Companies including the discretionary powers to impose customs duties and tariffs; classiﬁcation of goods, port charges and the potential disruption of operations of companies that depend on the ports for the importation of critical parts and goods for their operations; and the existence of a system of bottlenecks made possible due to wide discretionary powers of port oﬃcials and the likelihood for such powers to be used to create opportunities for graft and extortion of port users.

“Others are payments for services not rendered by port agencies including the dredging of waterways by port users, payment to Stevedoring companies without any services being rendered, collection of pilotage fees in areas outside pilotage districts including international waters; lack of awareness of port users on the existence of the port agencies SOP; as well as the absence of complaints/feedback desks/redress mechanisms and the effectiveness of such where available.”

The statement further revealed that the MACN, represented in Nigeria by the CBI, is set to host a Roundtable session themed, “Towards Standard Operating Procedures That Work in Nigeria’s Sea Ports and Terminals” in Lagos on Tuesday.

Giving an insight into its activities ahead of the Roundtable, the CBI stated that, “In 2012, the MACN in collaboration with the United Nations Development Programme (UNDP), the Technical Unit on Government and Anti-Corruption Reforms (TUGAR), and the Independent Corrupt Practices and Other Related Offences Commission (ICPC) commissioned a corruption risk assessment in the Nigerian port sector.

“The corruption risk assessment set out to understand the main drivers of corruption in the sector, identify specific measures for addressing such drivers, and catalyze action among public and private sector stakeholders. The corruption risk assessment report made specific recommendations for action to eliminate corruption in the Nigerian port sector. Amongst the recommendations was a proposal for ethics training and capacity-building programmes to strengthen transparency and accountability of port stakeholders.

“Also in 2016, MACN contracted the CBI to lead the training of ports officials on professional ethics. Pursuant to this, the CBI conducted a round of ‘Training of Trainers’ in Lagos (Apapa and Tin-Can Island ports), Port Harcourt (Onne and Rivers Port Complex), and Calabar Port between 2016 and May 2017. Thereafter, an end-user training was conducted for over 1000 stakeholders in the ports between November 2017 and March 2018.”

MACN is a global business network working towards the vision of a maritime industry free of corruption, enabling fair trade to the benefit of society at large.