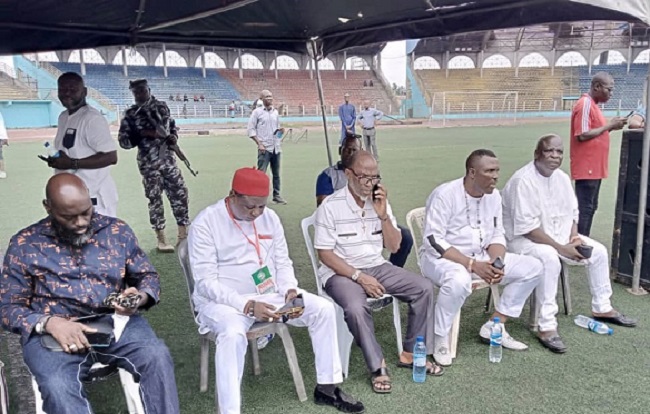 Amori, a court-ousted Senator in 2015, who polled 142, defeated his closest rival, Chief John Nani, a former Commissioner in Delta State who scored 123, to emerge the candidate of the party for Delta Central.

Reyeineju was a former member of the House of Representatives, and Omatsone, a former Speaker of the Delta State House of Assembly.

Nwoko polled 242 votes to defeat his only rival, Paul Osaji, who scored 67.

Responding to the victory, Diden said that the overwhelming votes were a demonstration of the confidence the electorates had in him.

“It is a very good victory, the electorates assured me that they want me to represent them at the Senate. You could see that the election was peaceful and the votes overwhelming.

“The electorate gave me a nickname, ‘the peoples’ messenger’ and I assured them that I will deliver the messages.

“I have contested an election before and lost. I congratulated the winner, so today I also congratulate the losers, today is not their turn,” he said.

The Senate aspirant said that he would not be carried away by the victory, describing it as just a friendly football match.

“Today is just like a friendly match, the general election is going to be the knockout match. Anybody that comes from other parties in Delta South to contest for the senatorial seat will be knocked out,” he said.

Meanwhile, a mild drama played out at the Warri Township Stadium venue of the PDP primary for Delta Senatorial District, the Returning Officer and Commissioner for Information, Mr Charles Aniagwu, as well as journalists from the state, was initially barred from gaining access to the stadium by some overzealous security men until reason prevailed through Governor Ifeanyi Okowa.