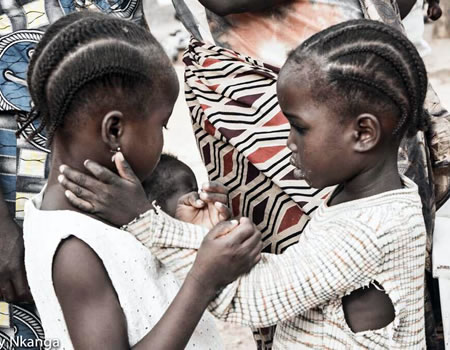 WIFE of the Bayelsa State Governor, Mrs Rachel Dickson on parents, particularly mothers to work assiduously to provide the necessary support for the girl-child education towards the realization of their full potentials in the society.

She posited that no stone would be left unturned in a bid to surmount obstacles impeding the educational development of the Ijaw girl-child.

The Governor’s wife, who encouraged parents never to give up on their children, stressed the need for Ijaw women to take their rightful position in the scheme of things through commitment, hardwork and passion for excellence.

She also called on Ijaw women to jettison all divisive tendencies and support one another in the pursuit of their goals, noting that, mistakes in life should not be seen as stumbling blocks, but rather as formidable platforms to excel.

Mrs Nene Adala of Otuedu Community in Ogbia Local Government Area and Madam Ebimotimi Justice from Southern Ijaw were among several women that testified to the benevolence of the Restoration Government, which they noted, had empowered their families.

In her lecture on Women in Politics, the Managing Director of Bayelsa Trading Company Limited and former state Women Leader of the Peoples Democratic Party, Mrs Faith Opene urged the Ijaw women to develop themselves educationally and shun blackmail and ‘pull her down syndrome’.

I was fed with cucumber, garden eggs, biscuits by my abductors, 77-yr-old widow tells court