Diaspora remittances to Nigeria down by 40 per cent ― IMF 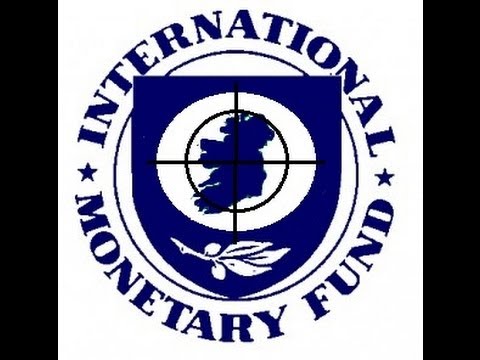 The International Monetary Fund (IMF) has said that migrant remittances to Nigeria fell by 40 per cent in the second quarter of the year due to COVID-19 pandemic and the consequent economic slowdown.

This was contained in IMF’s African Regional Economic Outlook for October entitled A Difficult Road to Recovery released on Thursday.

According to data provided by the Central Bank of Nigeria (CBN), migrant remittances to Nigeria, which is a key component of the nation’s Gross Domestic Product, had been on the upswing in the last few years, rising from N8.08bn in 2017 to $11.23 billion in 2018 and $17.57 billion in 2019.

IMF also predicted that Nigeria’s economy would contract by –4.3 per cent in 2020, predicating this on “low oil prices, reduced production under the Organisation of Petroleum Exporting Countries and other major oil producers (OPEC+) agreement, and declining domestic demand from the lockdown.”

It, however, projected a growth rate of 1.7 per cent in 2021 as a consequence of firmer oil prices and increasing oil production.

According to Abebe Aemro Selassie, Director of the IMF’s African Department, “Overall, the region is projected to contract by 3.0 per cent in 2020, the worst outlook on record. tourism-dependent economies faced the largest impact, while commodity-exporting countries have also been hit hard. Growth in more diversified economies will slow significantly, but in many cases will still be positive in 2020.

“Looking forward, regional growth is forecast at 3.1 per cent in 2021. This is a smaller expansion than expected in much of the rest of the world, partly reflecting sub-Saharan Africa’s relatively limited policy space within which to sustain a fiscal expansion. Key drivers of next year’s growth will include an improvement in exports and commodity prices as the world economy recovers, along with a recovery in both private consumption and investment.

“The current outlook is subject to greater-than-usual uncertainty with regard to the persistence of the COVID-19 shock, the availability of external financial support, and the development of an effective, affordable, and trusted vaccine.”

“If private financial inflows remain below their pre-crisis levels—and even taking into account existing commitments from international financial institutions and official bilateral creditors—sub-Saharan Africa could face a gap in the order of $290 billion over 2020-23. This is important, as a higher financing gap could force countries to adopt a more abrupt fiscal adjustment, which in turn would result in a weaker recovery.”

It says, “Countries must also play their part—governance reforms will not only improve trust in the rule of law and improve business conditions, but also encourage external support.

“Despite the lingering effects of the crisis, the potential of the region and the resourcefulness of its people remain intact, and tapping this potential will be vital if the region is to find its way back to a path of sustainable and inclusive development. In this context, the need for transformative reforms to promote resilience, lift medium-term growth and create the millions of jobs needed to absorb new entrants into labour markets is more urgent than ever. Priority reforms are in the areas of revenue mobilisation, digitalisation, trade integration, competition, transparency and governance, and climate-change mitigation.”

Diaspora remittances to Nigeria down by 40 per cent ― IMF

#EndSARS: CAN frowns at killing of peaceful protesters, urges peace