Agriculture
By COLLINS NNABUIFE On Jun 30, 2020 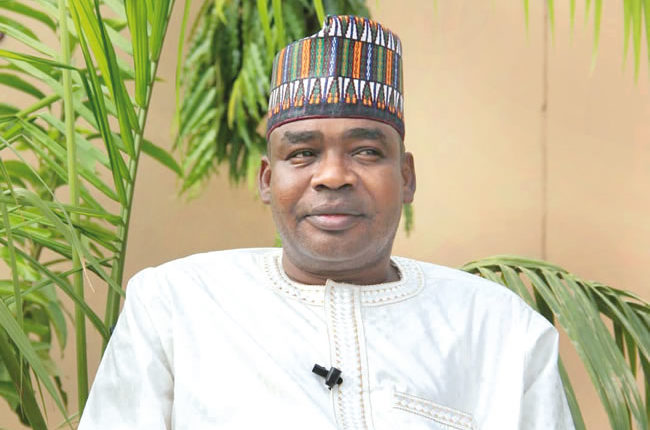 The Managing Director of Wal-wanne Group Limited, Dr Abiso Kabir, in this interview, speaks on agricultural activities in Borno State amid terrorism which is ravaging the state. He speaks on efforts by his company towards achieving food sufficiency in the country. COLLINS NNABUIFE brings excerpts.

HOW viable is Borno State for farming?

Borno State has a viable and fertile soil for agriculture, the state is bounded by international boundaries of Niger, Chad and Cameroon. Our soil is so vast that we can be able to farm as much as many cash crops for export. Historically, the state is well known in terms of farming of maize, rice, guinea corn, wheat, groundnut, sesame seeds, cotton and other crops. And we also do a lot of fish farming.

How much impact has Wal-wanne made towards agricultural sector?

Wal-wanne collaborates with federal and state governments to diversify the economy of the country through agriculture. We have been having challenges with insecurity and natural disaster, but with the little efforts made so far, but we are getting there. Even with insecurity then, we were able to unveil rice pyramids in 2018 with about 33 thousand bags. Our farmers are adding values to the society on daily basis.

Through the federal government Anchor Borrowers’ Program (ABP), we have assisted more than 13,000 farmers especially women and youths across local governments in Borno State. Tractors, insecticides.

Borno State is inching closer to achieving self – sufficiency in rice due to the success recorded by the Wal-wanne& Sons Ltd in the local production of rice. But why wailers are wailing the increased production was bound to force down the price of locally – produce Rice and provide succour to people of Borno.

Totally, we want to domesticate rice production in Borno State and we are going beyond individual production. Wal-wanne and Sons has the potential of causing a revolution in the nation’s rice production. We attach  great importance to the value chain and the multipliers effect Agriculture can have on the economy of our dear state.

How do you see the governor’s efforts towards reviving agriculture in the state?

Despite the security challenges we are facing, there is no going back in agriculture,  efforts by the State Governor Dr, BabaganaZulum in reviving agriculture is commendable.  He has made tremendous efforts in terms of input distribution to the Internally Displaced Persons (IDPs). The land that have not been farmed for years, he went and cleared it for the IDPs to return to farm and allocated one to two hectares to those who are vulnerable.  He did not only distribute inputs but cash to farmers which has really helped in boosting agriculture in the State. He has impacted so much on the three senatorial districts. We believe this kind of effort will improve our economy.

In what areas do you think the state government should pay much attention in agriculture development?

I am appealing to the state government to collaborate with private sectors. We have the machineries, populace and land. It is just for us to focus on the technical expertise, intervention funds and other partnerships. The issue of insecurity is there, though the state and federal governments are trying, but a lot need to be done to make more farmers return to their farms. We want the state government to provide enough security for the farmers.

Also, our farming system has to be mechanised, so we can compete with other countries. Although rice farming without mechanisation is tedious and not so Profitable. For instance, When Rice is planted today, the following day the boom sprayer has to be used to spray herbicides to prevent weeds. All these can be achieved through lessons learnt from the global lockdown due to Covid-19 pandemic.  Revolutionizing agriculture is key to sustainable development.

What are your plans for the post COVID-19 economy recovery plan and what project are you undertaken towards agric revolution in the state?

Wal-wanne has repositioned itself for the post COVID-19 economy. We are constructing a rice mill that has the capacity to produce 200 to 250 metic tons of rice per day in maiduguri. A lot of skilled and unskilled people will be recruited it is expected to be completed in seven months as the mill is at 60% completion. High quality of rice will be processed, a lot of small holder farmers will be engaged. We will be engaging over 10,000 farmers, because we want to make sure the mill has a lot paddy to process. It will touch millions of lives within and outside the state.  We will also continue to train and retrain farmers.

Apart from the  federal government’s efforts so far, what other areas do you want them to pay much attention to?

The federal government has been very helpful but we still appeal to them to offer more help to rice farmers so we can plant larger quantity by making available tractors, harvesters, boom sprayers which is needed to spray the farm and kill weeds at the early stages. They should pay serious attention to mechanised farming, which would make farming become more attractive to women and youths.

While I also congratulate the newly appointed acting Managing Director of Bank of Agriculture (BOA), Alwan Ali Hassan, I am also appealing to him to use his over two decades of experience in the banking industry, to assist our farmers especially in accessing agric loans at low interest rate in order for agriculture to thrive. What government needs to do is to ensure that BOA and the Bank of Industry are repositioned to deliver on their mandates. The recapitalisation that they committed to in the 2018 budget should be implemented. There should be a benchmark for measuring performance so that they can provide support to farmers across Nigeria.

The need for the digitalisation of Nigeria’s agricultural sector, so as to expand its contribution to the country’s Gross Domestic Product (GDP) is very important. This should also come with trainings on how the farmers should operate the technologies. With digitalisation and information technology support, farmers will have more information on how to apply the right fertiliser, how to use the right input and how to use the right seedlings. I am also appealing to the federal government to look into the issue of storage which has been a barrier for a long time now, for example, today we produce maize or tomatoes, there is no right storage system for it to be preserved till the time the off-taker needs it, to take it off.