Despite having 4 children, men still make advances at me —Christiana Boluwade 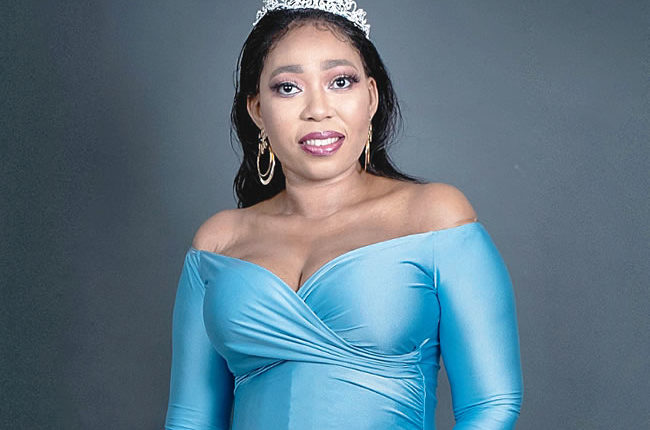 Acting and moviemaking are two professions that many actresses don’t like to combine, but for US-based Christiana Boluwade, handling the two comes easy for her despite living abroad. The mother of four, who has been in the movie industry for almost a decade, shares the story of her quick rise to fame, career and family with SEGUN ADEBAYO in this interview.

Your journey into the movie industry must have had its good and bad sides over the years, when you look back at the very beginning, what comes to your mind?

The first thing that should come to mind is to be grateful to God because He has indeed been faithful to me and my craft. When one looks at the journey over the years and the efforts we put into what we do, you will realise that this job is not a tea party for any serious-minded person. Basically, it hasn’t been easy but God has been with me all the way. To answer your question about whether I see myself as successful already, for me, you can’t really consider yourself successful until you have faced one or two challenges.

Looking back at where it all started, would you say your decision to go fully into acting has started paying off?

I don’t think it has really started paying off. I am saying this because when you consider the challenges of producing and acting movies when you are not in Nigeria, you will agree with me that it wouldn’t have come easy. When you consider some of the factors you have to put in place: the locations, promotion of your new works, paying your staff and crew and other miscellaneous, you will not say that the decision has started paying but we thank God for the grace to keep moving on. I am enjoying my career and I am hoping for the best all the time.

What was the experience like when you appeared in your first movie?

Appearing in my first movie wasn’t easy, especially when I faced the camera for the first time. It was something I struggled to get used to. So, facing and getting used to the camera being focused on me was tough but I have gone ahead of that now. Thanks to my director who was patient with me and was always putting me through even when I forgot my lines, I was able to complete the movie

You stay abroad but you have your eyes on the industry in Nigeria, how do you cope with the pressure?

That is another difficult part of the job. It is not easy staying abroad and keeping tabs on what is happening in the industry back home; you can’t be in two places at once. But despite the challenges, I am being recognised by people who love and support what I do. In the next couple of years, my name will be everywhere in the industry and around the world and the people would understand the hard work we have put into the work over the years. With God all things are possible.

With the outbreak of coronavirus, how is the Nigerian community reacting to it?

There is no difference in the Nigerian community in the US because everybody here is trying to be alive by staying safe. It doesn’t matter which country you come from, once you are here, you must continue to observe the safety protocols being put in place by the government. COVID-19 doesn’t recognise race, tribe, colour or religion.

So at what point did you decide to take up movie fully and what has been the experience since then?

When I got to the US in 2017, I decided to pursue my dream of being an actress. I have had several experiences of people suggesting that I have an added advantage over some of my colleagues in Nigeria. So, when I got here, I realised it was a bit easier to raise funds for your projects, coupled with the fact that the movie industry is still growing here, so one can get noticed quickly.

How have you been handling men who still want to have a piece of you?

There are a lot of them, but I just let them know that I am a married woman with four children and I love my family very much. Some try to entice me with money, but it’s a no go area.

As a pretty woman, does it come with pressure dealing with deluge of such advances?

As a woman, there are always advances either you are an actress or not, but I always try to put them off gently.

How do you intend to make a big name for yourself as a thespian of repute?

I have to keep on doing what I know how to do best. I will be respectful to everyone in the industry, and of course put God first in everything I do.

Beauty not enough to keep one at the top —Shittu