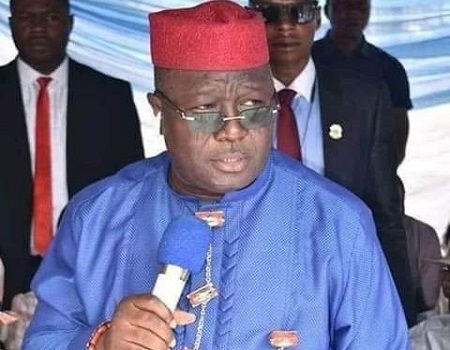 The Managing Director/Chief Executive Officer of the Delta State Oil Producing Areas Development Commission (DESOPADEC), Bashorun Askia Ogieh, has reiterated the commitment of the interventionist agency to prioritise the execution of projects in oil-producing communities in Delta State.

Ogieh made the pledge at the Thanksgiving Service on his appointment as MD/CEO of DESOPADEC held at St Matthias Catholic Church, Uzere, Isoko South Local Government Area of Delta State.

The DESOPADEC boss assured Gov Okowa that he would not betray the trust reposed in him and the people of Delta, saying a conducive environment would be provided to enable the people to thrive.

“As we have it in our local cliché, to whom much is given, much is expected. Your Excellency, I do not take lightly the huge confidence you reposed on me and my team with our appointments.

“It is a call to duty; a call to build a Delta primed to equip our people with the wherewithal to become entrepreneurial and by creating a clement environment for them to achieve their potentials.

He further assured people in the oil-producing communities to engage and liaise with them in decision-making.

“In project execution, the desires and priorities of the communities will be paramount. This is an effective way of making the people buy into and own the projects in their areas,” he added.

Ogieh, who appealed to the people for encouragement and relevant counsel, disclosed that his foundation, Bashorun Askia Foundation (BAF) would carry out more activities that would improve the status of the people.