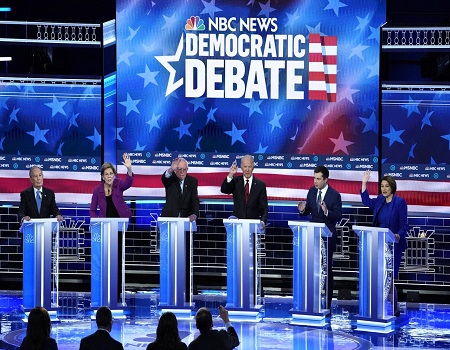 IN the early 1900s Ota Benga, a slave imported into the United States from Congo, was exhibited in cages along with primates. Before his US odyssey, the colonialists had killed his wife and two children. Benga, an Mbuti (Congo pygmy), was featured in an exhibit at the Louisiana Purchase Exposition in St. Louis, Missouri, in 1904, and in a human zoo exhibit in 1906 at the Bronx Zoo. Benga had been purchased from African slave traders by Samuel Phillips Verner , a missionary and exhibitionist. He was kept at the Bronx zoo before and after being exhibited in the zoo’s Monkey House. Except for a brief visit with Verner to Africa after the close of the St. Louis Fair, Benga was reported to have lived in the United States, mostly in Virginia, for the rest of his life. White women, men, boys and girls all visited the zoo to be entertained by the human sub-specie. They came to see the black slave and animal, reassuring themselves of their superior gene. As black clergymen rose in protest against the barbaric treatment Benga was being subjected to, the leftist rag, New York Times, wrote an editorial in stout defence of the barbarity. I shall quote the acerbic, anti-black doggerel only in part: “We do not quite understand all the emotion which others are expressing in the matter … It is absurd to make moan over the imagined humiliation and degradation Benga is suffering. The pygmies … are very low in the human scale, and the suggestion that Benga should be in a school instead of a cage ignores the high probability that school would be a place … from which he could draw no advantage whatever. The idea that men are all much alike except as they have had or lacked opportunities for getting an education out of books is now far out of date.”

It had been only a few decades since the civil war (1861-1865) fought by Republicans to liberate blacks from slavery, but the New York Times had learnt nothing. Unable to return to the land of his ancestors following the onset of WWI and tired of his miserable existence, Benga lit a ceremonial fire and committed suicide on March 20, 1916. Today in 2020,  Democrats have not dropped their accustomed barbarity. They have not purged themselves of racial prejudice. They pretend to love blacks but purvey the most perverse, ant-black ideas with the active support of the Mainstream Media (alias fake news). Democrats, intent on keeping their African slaves in the plantation, have been mad at Republicans since they (Republicans) took away their slaves. They do not love blacks; they only profess racial justice for votes. Democrats pretend to believe that black lives matter but they are behind the routine abortion of black babies, in my view the greatest single threat to the US Black population. They say that Donald Trump is Hitler but they are ready to burn down the United States (Don Lemon’s new battle cry) because he is set to utilize his constitutional right to nominate a judge to replace the judicial mass murderer of children, Ruth Bader Ginsburg. They have the power of the Fake News rags that Americans have distrusted for ages, and if you did not know that Breibart, SkyNews Australia and Fox News existed, you might not realise how sinister these guys really are.

During the 19th century, Democrats supported slavery. They opposed civil rights reforms after the war. And even though they later captured the national consciousness by re-inventing themselves as the party of workers, they have since moved into their usual mode. The much maligned Republicans, on the other hand, were the anti-slavery party. As a matter of fact, the first 23 blacks in Congress were members of the Republican Party. The Grand Old Party supported voting rights. The Democrats embraced white supremacy. It was, and still is, the party of the KKK, don’t let anyone fool you. Democrats fought to keep physical slavery going, and today they dwell in virtue signaling, doublespeak, identity politics and racial profiling, to keep mental slavery on. In Racial Lies and the Liberals Who Tell Them, Nikki Johnson Huston, award-winning attorney and life-long Democrat, wrote: “The stoking of a race war because you lost an election and have decided to exploit the very real racial concerns that people of color have is not only irresponsible but downright dangerous. A black person’s ability to survive and succeed in this country is directly related to their ability to work and positively interact with White America. In your anger you have encouraged the dissolving of friendships and relationships between people of different political backgrounds and races as a way of preserving your power without regard to the fact that relationships are how you increase diversity and reduce discrimination.”

Per Rod Zeck of Newton Falls in the June 28,2020 edition of the Tribune Chronicle: “The worst cities are identified as San Francisco, Baltimore, Oakland, St. Louis, Milwaukee, Philadelphia, Detroit, Minneapolis, New Orleans, Chicago, New York, Portland and Seattle. In almost every case, Democratic mayors and a majority Democratic city councils have ruled for nearly the last 50 years. The one exception is New York City when Rudy Giuliani was mayor from 1994 to 2001. He is credited for cleaning up his city’s urban nightmare. Since 2001, NYC has become a sanctuary sewer once again under complete Democratic rule. Death, destruction, struggling economies, unsafe neighborhoods, crime, bad schools, corruption, poverty and poor health conditions are always found in Democratic-run cities. It follows the liberal policies and culture. This is most prevalent in non-white neighborhoods. When these failures are brought to light, the liberal agenda is to simply blame the president and his racist policies. But the true racists by every measure are these Democratic-run cities. No conservative-run cities are on this list.” I concur. De Blasio with his soft-on-crime policies has all but obliterated the great clean-up Giuliani undertook in New York.

Democrats say that black lives matter, but look what the Wall Street Journal just found: “As the Democratic Party moves to the left this year, it is spending time and energy hoping voters don’t notice the consequences of progressive policies. The party famously rolled through its convention across four days without mentioning the violence gripping U.S. cities. Now another hard-to-miss phenomenon has emerged: African-American police chiefs are being forced from their jobs by the party’s protesters.” There you have it: Black cops don’t matter. Indeed, as the author of  Truth: Democrats Feed Racism to Control Our Black Community, Vince Everett Ellison wrote on June 12: “After months of economic collapse, pandemic hysteria and racial anarchy, where 60 years of Democrat Party abuse of Black America was revealed, black leadership still chooses the government as its vehicle to solve these indignities. Why? Because this is what the Democrats desire.”