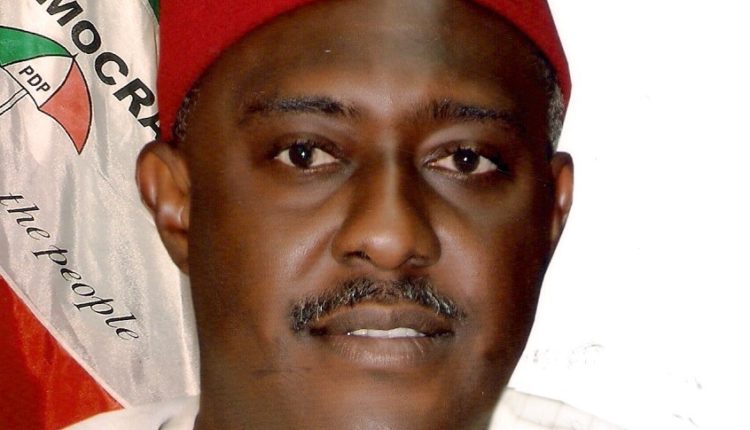 Former national spokesman of the Peoples Democratic Party (PDP), Chief Olisa Metuh has urged governors of the southeast states to use their Enugu meeting to demand the release of the incarcerated leader of Indigenous Peoples of Biafra (IPOB), Nnamdi Kanu.

He said in a statement in Abuja that as the state chief executives converge to seek solutions to the security challenges in the zone, one sure step towards achieving answers is for the leaders to use the opportunity to demand the release of the secessionist leader.

Metuh, who himself was recently released from jail opined: “It is a considered submission that the release of Nnamdi Kanu will not only douse tension in the region but also put an end to allegations and counter-allegations regarding those behind the escalated insecurity in the zone and give our security agencies a clearer cue to track down the perpetrators.”

He said his call came against the backdrop of denials by the IPOB of involvement in the recent killings, arson and other acts of violence in the southeast; and particularly in the face of allegations that the attacks were being sponsored by external, political and criminal interests.

The former ruling party National Publicity Secretary added: “The authorities should therefore use the release of Nnamdi Kanu to eliminate the current puzzlement and complications as well as a political solution for situations that constitute unrest in the SouthEast.

“It is, therefore, imperative for our governors and leaders to use this meeting to impress it on the Federal Government to adopt a political approach by releasing Nnamdi Kanu.

“It must be reiterated that Nnamdi Kanu is an Igbo man and our son. He has not stolen nor has he killed anyone and hence we must stand for him as our son.

“In the same vein, the youths in South East are enjoined not to allow themselves to be used by criminal and political elements to destroy the region for their selfish interests.

“At this point, we must all be vigilant, circumspect in our utterances and place our hands on the deck for solutions.”

In spite of the huge investment in the water sector by the government and international organisations, water scarcity has grown to become a perennial nightmare for residents of Abeokuta, the Ogun State capital. This report x-rays the lives and experiences of residents in getting clean, potable and affordable water amidst the surge of COVID-19 cases in the state…  Demand for Nnamdi Kanu’s release, Metuh tells South East govs