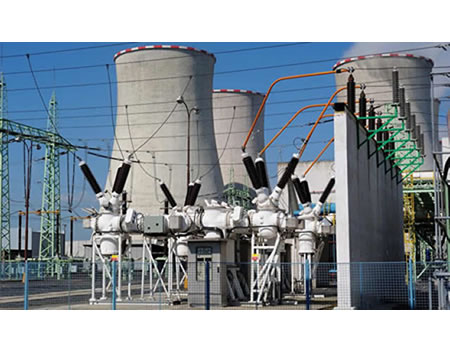 Gov Ifeanyi Okowa of Delta has said that the state government was considering either partnering the private sector or outrightly selling off the multi-billion naira Independent Power Plant (IPP) project at Oghara.

Okowa made the remark at a Town Hall meeting held in Oghara, Ethiope-West Local Government Area and Sapele, respectively, on Wednesday.

The governor, who was accompanied to the meeting by his deputy, Kingsley Otuaro and other top government functionaries, said that the IPP required more funds before it could become operational.

Okowa noted that adequate power supply was needed to boost the socio- economic lives of the people of the area.

“With the economic realities of the country, it will be difficult for the state government to solely sponsor the IPP project.

“We have to study the project, if I tell you that it will be functional during my administration, I will be telling you lies.

“A lot has been done, we have done the calculations but, it is obvious that we cannot execute the project as a state government for now because, the project will gulp over N200 billion.

“There are two options, either we enter into a private partnership with the private sector or to outrightly sell the IPP to the private sector, so that it can make the project functional and create jobs for our people, as well as other derivable benefits,’’ he said.

Okowa, however, commended the people of Sapele for their peaceful disposition, particularly during their recent protest against epileptic power supply.

He listed some of the project his administration had executed in Sapele to include the construction of roads, schools, markets, and other facilities.

“Since my coming on board two years ago, the Songhai Delta has become functional as a training ground for the youths in different fields of life, especially agriculture.

“I want to thank you for coming out in your large numbers to attend this town hall meeting which will provide the opportunity to tell you what we are doing and the prospects we have for the future.

“The meeting will also provide the opportunity to listen to you to enable us add your needs into our budget, as we are encouraging participatory democracy,’’ Okowa said.

NUJ to partner Police to reduce crime in Nasarawa State