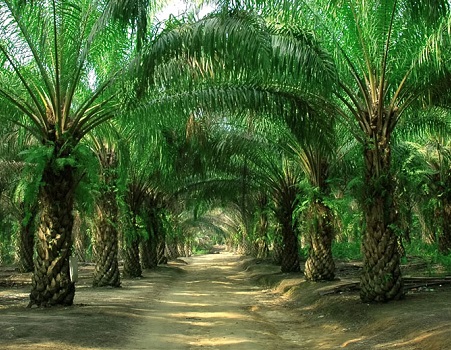 Delta Government has earmarked over 33,000 hectares of land in 28 communities across the state for commercial cultivation of oil palm.

Mr Julius Egbedi, the Commissioner for Agriculture and Natural Resources at a roundtable on Sustainable Oil Palm Production in Asaba, said the CBN OPDI, when implemented would increase wealth and promote economic growth in the state and the country.

According to him, the CBN Oil Palm Development Initiative is geared toward creating oil palm belt in Nigeria and to revive dwindling fortune of the commodity.

He said that the objective of the programme, which prompted the interest of the state government, was to increase domestic production of oil palm through efforts of individuals, communities and investors.

ALSO READ: Photographers decry effects of smartphones on their business

He said the effect of the initiative would be to meet local demands for oil palm, palm kernel oil, hydrogenated fat and to stamp out the importation of the items, create employment and wealth in the state.

Egbedi disclosed that the CBN OPDI had planned to establish  1.2 million hectares of oil palm plantations between 2019 and 2023 across the country.

According to the commissioner, if the project is properly implemented, it will move the country from being its current 5th to 3rd position in oil palm production in the world chart within the short term.

“The time to begin the expansion of the oil palm sector is now.

“The accelerated production of oil palm will reduce poverty in our communities, move the country from overdependence on crude oil economy and also promote agriculture,” he said.

At the meeting, Mr Austin Oghoro, the Permanent Secretary in the ministry, said the roundtable was organised to ensure that farmers in the state participated in the CBN OPDI programme.

According to Oghoro, 28 communities in the state have provided land for the programme and the total area to be covered is about 33,000 hectares of land.

He said that participating farmers would be giving loans at a single-digit interest rate for a period of four years.

Oghoro urged interested farmer in the state to key into the opportunity provided by CBN OPDI to invest in oil palm business.