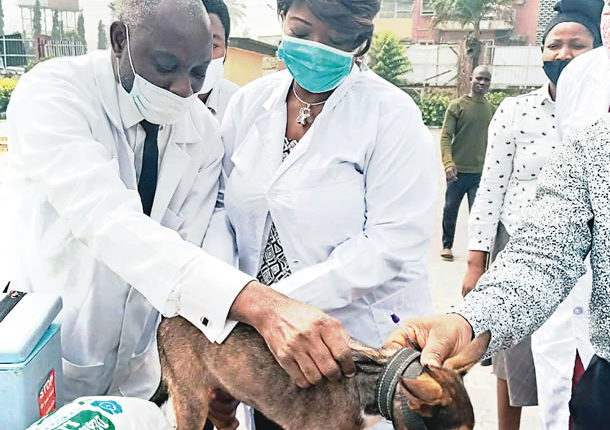 Delta State government, through the Ministry of Agriculture and Natural Resources, has commenced a free rabies vaccination campaign programme in Warri South Local Government Area with a call on breeders of dogs to take advantage of the privilege.

The campaign kicked off on Friday last week at the Warri South Council main secretariat in Warri, during which some individuals got their dogs vaccinated.

The area veterinary officer, Warri South and Warri South-West Local Government areas, Dr Uguru Oroghene Hyacinth, in his address, stated that human health is confronted with a lot of challenges mainly due to infectious and non-infectious diseases, some of which are zoonotic in nature.

He described rabies as a silent, but vicious disease of dogs, cats, ferrets and carnivorous bats, among others, and cautioned that a bite or wound contact with a rabid dog’s saliva is enough to contract rabies which could be fatal.

According to him, prevention of rabies in humans could be achieved basically by eliminating rabies in dogs and other reservoirs.

In her opening remarks, Warri South council director of personnel management, Dr (Mrs.) Minnie Igbrude, admonished people of the locality, particularly those with dogs, cats, ferrets and carnivorous bats to take advantage of the programme to vaccinate such pets.