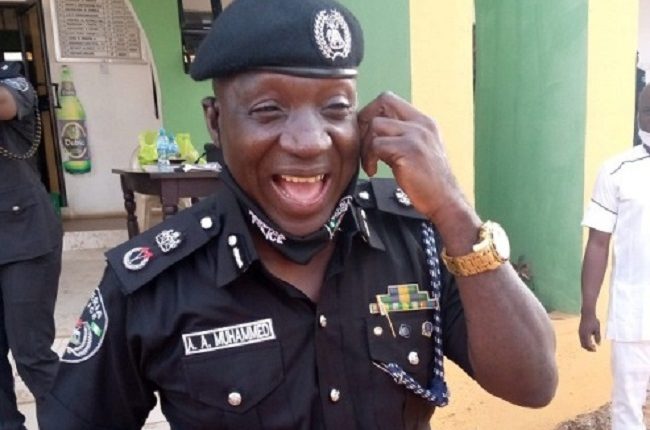 Delta State Commissioner of Police, CP Ari Muhammed Ali, on Wednesday, has warned criminals gaining more grounds to relocate from the state or repent in their own interest.

This is just as he requested supports from traditional rulers, civil society organisations, youths leaders and other stakeholders to stem kidnappings, cultism and other heinous crimes in the state.

CP Ali, who just recently assumed duty in the state, made the warning and appeal on Wednesday in Warri during a working tour of the Warri Area Command.

He called for active support from the traditional rulers, youth leaders and caregivers saying that their collaboration with the police in the fight against cultism and kidnappings would help to win the war.

He disclosed that Delta Police Command has discovered cultism and kidnappings as the major security threats in the state.

Addressing officers and men of the Command during a working tour of the Area Command, CP Ali stated that the police could not single-handedly fight and win the war against criminals without the active support of the public.

“Collaboration of members of the public with the police in the fight against these monsters causing havoc in the society is highly imperative to burst the rings of the criminals,” he stressed.

Speaking further, the police boss said, “To nip in the bud these raging problems of cultism and kidnappings, we have to partner with the community to enforce community policing.

“My advice to Deltans therefore is that they should be prepared to work with us (Police). We cannot do it alone. And we should also encourage people to be law-abiding.”

Commenting on respect for human rights, CP Ali assured that Delta State Police Command, under his watch, would ensure that the rights of the people were not abused.

He also warned that no policeman should kill anybody and blame it on “accidental discharge,” adding, “You must know how to handle your firearms.”

The surprise visit made on Friday night by the leaders of the ruling All Progressives Congress (APC) to former President Goodluck Jonathan at his residence in Abuja triggered a stir in the major political camps, resulting in at least four possible theories..Delta CP asks criminals  Delta CP asks criminals