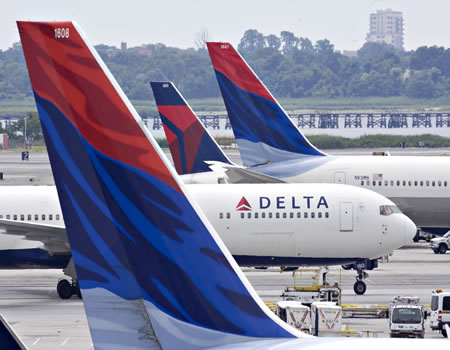 United States Delta Airlines has resumed operations from Atlanta to Lagos. The airline will fly four times a week with departures on Wednesdays, Thursdays, Saturdays, and Sundays.

Commenting on the development, Delta’s Commercial Director – Africa, Bobby Bryan said: “We know how important access to the United States is for our customers and now the restrictions have been lifted, we’re looking forward to re-starting our Lagos service to facilitate travel and business opportunities in Atlanta and beyond, “Customers will have a different flying experience the next time they step on board but this is to ensure the highest standards of safety for them and our people, which is our number one priority. We are also offering additional flexibility with tickets so customers have extra peace of mind should they need it.”

According to the airline, flights between Lagos and Atlanta will temporarily make a brief stop in Dakar, with final administrative approvals for nonstop service expected shortly. Customers will not be able to board or disembark in Senegal. The flight will be operated using a Boeing 767-300 aircraft.

Last month, Delta announced that it will extend its middle seat block and limit the number of customers on board every flight until at least January 6, 2021. For customers travelling alone or with one other companion, middle seats will be blocked for safety. For parties of three or more, middle seats will appear as available for booking, to allow families and travel companions to select seats together.