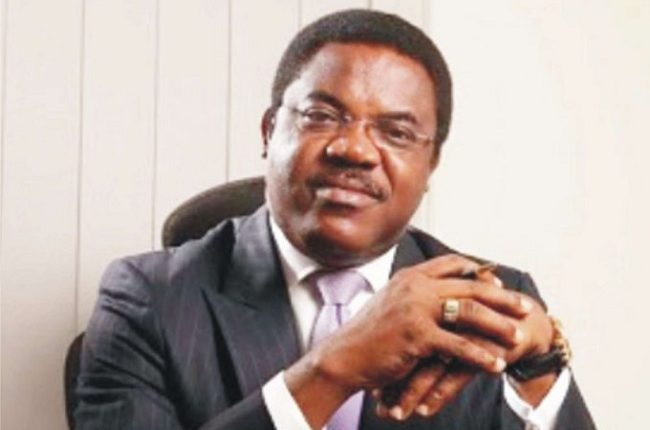 A Senior Advocate of Nigeria, Dele Adesina has described the recently concluded presidential election of the Nigerian Bar Association (NBA) as a gross violation of the association’s constitution.

Adesina, who was also a candidate at the election, made this known in a petition entitled: THE NIGERIAN BAR ASSOCIATION 2020 NATIONAL OFFICERS ELECTION: A CASE OF CLASSICAL ELECTRONIC FRAUD, ILLEGAL AND UNCONSTITUTIONAL PROCESS: CALL FOR CANCELLATION AND A NEW ELECTION CONDUCTED FOR THE NIGERIAN BAR ASSOCIATION (NBA), sent to Tribune Online in Lagos.

It would be recalled that the Election Committee declared Olumide Akpata as president of the Nigerian Bar Association after polling 9891 votes (54.3 per cent) out of 18, 256 total votes cast in the conducted election between July 29 and 30.

He, therefore, beseeched the members of the board of the association to take necessary steps towards restoring normalcy to the association, adding that the product won’t be right if the process is wrong.

“I have herein complained of both the process leading to the election and the election itself which shows instances of lawlessness and gross violation of the NBA constitution.

“Disregarding the law is worse than corruption. The end product of lawlessness is condemnation and destruction.

“I urge the members of the Board of Trustees of the NBA to intervene and right these wrongs and save the NBA from condemnation and destruction.

“I believe that leaders must do things right and/or ensure that things are done right.
It is needless to say, Mr chairman and other members of the Board of Trustees of the NBA, that if the process is wrong, the product cannot be right.

“If the election process is wrongful and unconstitutional, the outcome must suffer the same fate and be cancelled” He said.

Adesina stated that the electronic voting system has consistently produced manipulation and rigging ever since its usage in 2016.

He added that patriotism must guide the association’s aspirations and its conscience must always be our companion.

“Since 2016 when this electronic voting system started, there have been consistent allegations of system manipulation and rigging which has resulted in litigations over NBA elections.

“As at today, a criminal action arising from the NBA election of 2018 is still pending at the Federal High Court. This is a shame to all of us without exception.

“Patriotism must guide our aspirations and our conscience must always be our companion. The time has come to regain the integrity of the Nigerian Bar Association by putting an end to unconstitutional and fraudulent elections in our Association” Adesina stated.

In the same vein, a pan-Yoruba lawyers association, Egbe Amofin also rejected the online polls of the Nigerian Bar Association (NBA) that produced Olumide Akpata as the president-elect of the association.
Egbe Amofin had prior to the election adopted Dele Adesina as its presidential candidate for the election.

In a statement made available to Tribune Online signed by its chairman and secretary, Chief Adeniyi Akintola (SAN) and Oluwole Akintayo, respectively, Egbe Amofin said the election was conducted in breach of the constitution of NBA.

The reasons advanced by Egbe Amofin include disenfranchisement of a significant number of NBA members, unlawful inflation of the number of voters of some Branches, voting by some lawyers in the Diaspora, etc

Egbe Amofin, therefore, calls on Body of Benchers to cancel the election and constitute a caretaker committee to conduct a fresh election within six months.

$3.313bn Chinese Loans: Nigeria Pays $461m, Still Owes $3.12bn
DESPITE paying the sum of $461.89million (about 13.4 per cent ) of the $3.313billion debt (Chinese loans) owed the Peoples Republic of China, the outstanding (Chinese loans) against Nigeria is still $3.12billion (about 94 per cent), a document from the Debt Management Office has revealed…Dele Adesina

$500m Loan: Review All Foreign Loan Agreements, PDD Tells NASS
The Peoples Democratic Party (PDP) has urged the National Assembly to begin a review of all agreements in foreign loans entered into by the All Progressives Congress (APC)-led Federal Government…Dele Adesina

MONDAY LINES: ‘Mamman Daura Seeks Competence’
Leader of the ‘unseen’ persons ruling us, Alhaji Mamman Daura, spoke last week. He said enough of turn-by-turn presidency for Nigeria. He decreed that North-South rotation of the presidency of Nigeria should be dead; from 2023, the most competent among contenders would be put in the Presidential Villa…Dele Adesina