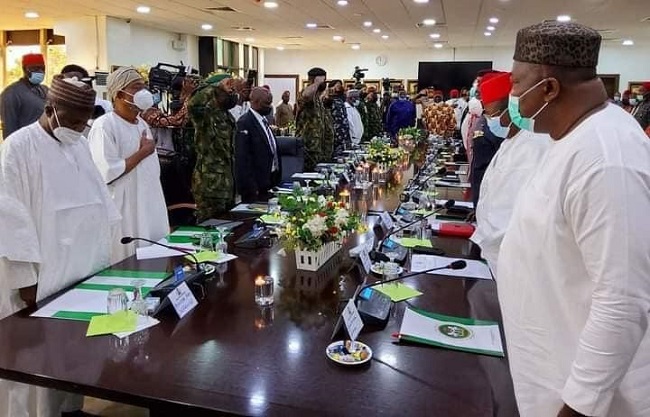 A Federal Government delegation on Friday met with South-East stakeholders over the prevailing security situation in the region.

Saturday Tribune gathered that the Federal delegation, led by the Defence Minister, Maj. Gen. Bashir Magashi, Rtd, had his Interior Ministry counterpart, Mr Raul Aregbesola, the Service Chiefs, Governors of the South-East geo-political zone and other leaders of political, religious and traditional institutions in the zone, at the Enugu Government House.

After the closed-door meeting, Magashi said that the issues raised at the meeting comprised the instability and criminality affecting the country in general. 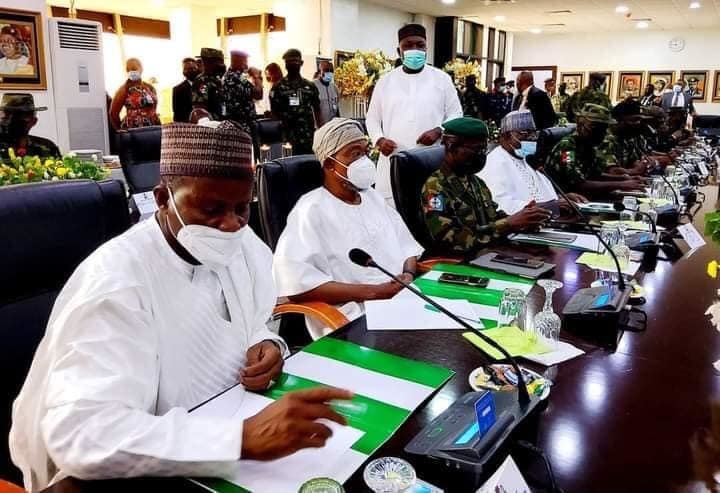 According to him, “We are happy to have discussed the ones that are peculiar to this part of the country.

“We agreed that there are fundamental issues that need to be addressed.

“The herders’ conflict should be seen from the perspective of national interest to find a solution that will stop the menace all over the country,” he added.

The Minister noted that they also discussed community policing and agreed that bandits, kidnappers and other felons must be punished.

“We have the opinion that the governors should be encouraged and we appreciate all our discussions,” Magashi said.

Speaking, the Chairman of South-East Governors’ Forum, Governor David Umahi of Ebonyi State, thanked the Federation Government delegation for their concern towards addressing the insecurity in the zone.

According to him, “Our people are excited with this commitment and sacrifices and we thank you so much”. 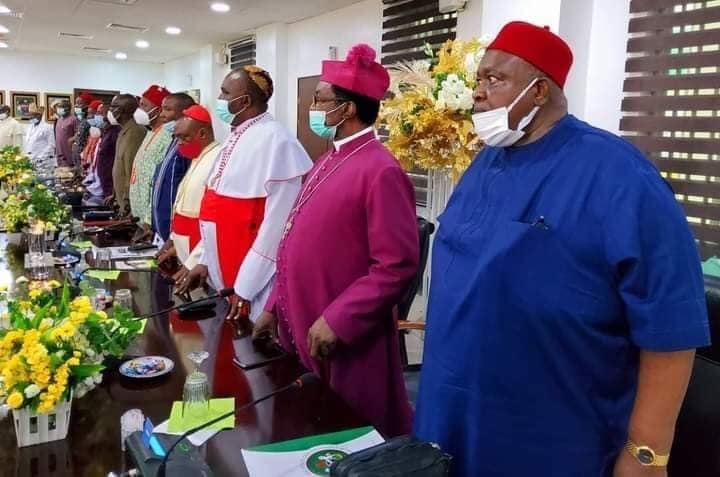 He noted that stakeholders discussed the issue of the ban on open grazing and that the delegates were in support of it.

“We informed the delegates that each state of the region has laws in respect to the ban,” he said.

Umahi added that the South-East governors told the delegation that “Ebubeagu is the only recognised security outfit in the South-East.”

He added that the South-East leaders condemned the killing of security men, innocent citizens and the burning of government facilities.

“We are doing our best to ensure that normalcy returns to the region,” Umahi assured. 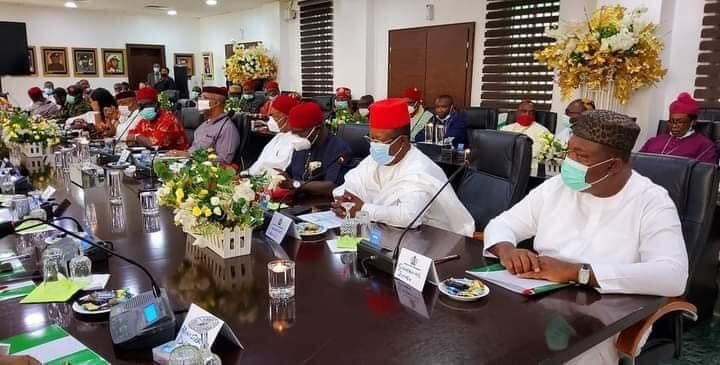 In his welcome speech, Governor Ifeanyi Ugwuanyi of Enugu State, described the Town Hall meeting as timely and apt, expressing optimism that the outcome of the meeting would engender the watershed to the security challenges in the South-East zone.

Gov. Ugwuanyi, who stressed the need for all government structures to uphold the security and welfare of the people as the primary purpose of government (enshrined in the 1999 Constitution), said that the consultation with the Service Chiefs and critical stakeholders of the South-East zone, on the current security challenges, “underscores the centrality of this security responsibility in our consideration.”

In spite of the huge investment in the water sector by the government and international organisations, water scarcity has grown to become a perennial nightmare for residents of Abeokuta, the Ogun State capital. This report x-rays the lives and experiences of residents in getting clean, potable and affordable water amidst the surge of COVID-19 cases in the state…Service Chiefs meet South-East  Service Chiefs meet South-East