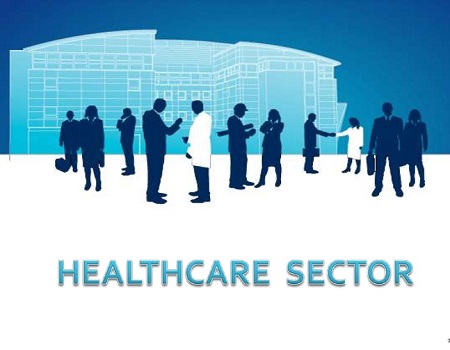 A university lecturer, Prof. Oladejo Olowu, has told the Federal Government to declare an emergency in the health sector, to tackle various diseases ravaging Nigerians, including cancer.

Olowu, who is the Dean of the School of Law at the American University of Nigeria in Yola made the appeal at a seminar in Lagos on Tuesday.

Citing specific problems, he lamented that some Federal Government funded hospitals in Lagos had insufficient machines to treat cancer, in spite of the apparent increase in the number of Nigerians down with the disease.

The don spoke at a public hearing on “Building the Capacity of Citizens on the Use of the Freedom of Information (FOI) Act in Promoting Transparency and Accountability in the Health, Education and Water Sectors.’’

The hearing was organised by the Socio-Economic Rights and Accountability Project (SERAP) and supported by a group, known as Omidyar Network.

Olowu’s paper was entitled: “Failing Healthcare: How the Federal Hospitals are Letting down the Poor and Making Healthcare a Privilege rather than a Right”.

Drawing from a study released earlier this year, the lecturer said that the study discovered that “LUTH, NOHIL and FMC do not have enough cancer treatment machines and other key facilities.

“The few in Federal Government-owned hospitals throughout the country are not working optimally, due to erratic electricity even as the hospitals do not have backup plans.

“Investigations revealed that a LINAC costs about five million dollars and the six that the Federal Government procured for six teaching hospitals have packed up.

“The dialysis machine at LUTH is out-dated and its functionality at the time of the study was zilch.”

The professor said that a number of federal hospitals in the country also faced a number of challenges and cannot cater to the rapidly growing population.

“Empirical records of the federal government funded hospitals revealed that these hospitals were constructed at a time the total population of Nigeria was less than 80 million.

“By current estimates and projections, Nigeria has more than doubled in population with all possibility of reaching 240 million by 2025 according to the World Bank.

“Yet, there has not been any commensurate growth in the number of hospitals neither has there been an expansion to cater for the rapid population growth.”

“Apart from insufficient budgetary allocation, the acute shortage of medical resources and infrastructural decay, it was glaring that corruption, malingering, favouritism and other sharp practices were rampant among hospital workers.

“There was shortage of skilled personnel and morale was low among health workers.

“During the study, there were a number of strike actions by health workers under various labour unions, due to agitations against discrepancies and irregularities in the remuneration of medical and other health workers.”

He recommended that there should be non-discrimination of individuals seeking medical care and transparency in the availability of healthcare information to the public.

Dr. Olajumoke Akinyode, the Executive Director of the Centre for Ethics and Sustainable Development, charged Nigerians with demanding accountability from stakeholders in the health sector.

“Every one of us is supposed to be involved in governance and part of it is to ask questions.

“When you have the right information at your disposal, it guides you to make informed decisions. We have a culture of mediocrity and do not demand excellence,” she said.

Earlier, Mr. Adetokunbo Mumuni, the Executive Director of SERAP, in his address, said the public hearing was organised in line with SERAP’s mandate of accountability and transparency.

Mumuni noted that the hearing was a follow up to the presentation on the FOI Act given by Prof. Ayodele Atsenuwa, the Dean of the Faculty of Law, University of Lagos on July 25.

“The most important office in Nigeria is the office of the citizen of Nigeria, if we take that to heart, we would know that citizens myself make continual demands from people we elected into office.

“Water, education and health are essential services, rather than these sectors delivering good services to us, we have seen the opposite. Once services in these sectors are not offered, Nigeria will continue to suffer.

“The FOI represents serious legislations and as far as SERAP is concerned, we have not explored the possibilities provided by the FOI,” he said.