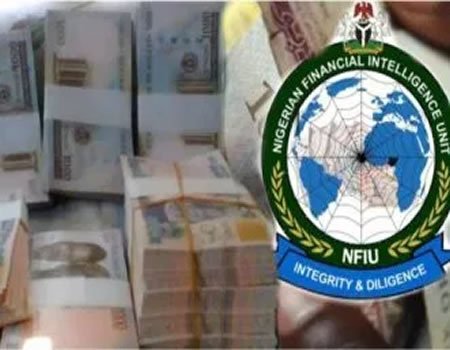 WITH most states already reeling under the yoke of heavy indebtedness, the guideline of Nigeria Financial Intelligence Unit (NFIU) on local government finance, which came into effect on June 1 is already putting state governors in severe stress.

NFIU spokesman, Mr Sani Tukur, told Saturday Tribune on Friday that “any bank that honours cheques to withdraw money from any local government account when such cheques do not emanate from authorised local government functionaries will be made to refund any such amount withdrawn 100 percent.”

He insisted that “NFIU will not allow the whole country to suffer any international sanction for money laundering just because of the fault of a few individuals. Such individuals will be made to bear the sanctions.”

He reiterated, however, that banks have fully complied with the directive since it became operational on June 1.

In the original directive to banks on May 6, NFIU requested “all financial institutions, other relevant stakeholders, public servants and the entire citizenry to ensure full compliance with the provisions of the guidelines already submitted to financial institutions and relevant enforcement agencies, including full enforcement of corresponding sanctions against violations from 1st June, 2019.

“Having realised through analysis that cash withdrawal and transactions of the State, Joint Local Government Accounts (SJLGA) pose biggest corruption, money laundering and security threats at the grassroots level and to the entire financial system and the country as a whole, NFIU decided to uphold the provisions of Section 162 (6) (8)of the 1999 Constitution, as amended, which designate “State Joint Local Government Account into which shall be paid allocations to the local government councils of the state from the federation account and from the government of the state.

“As far as the NFIU is concerned, the responsibility of the account as a collection account is fully reinstated.

“In addition, taking such measures was necessitated by prompting reasons on the NFIU to respond to threats of isolating the entire Nigerian financial system by other international financial systems because of deficiencies in our anti-money laundering and counter-terrorism financing implementation.

“Therefore, it is no longer possible to allow the entire system to suffer the deliberate and expensive infractions or violations by public officials and/or private business interests.

“Henceforth, all erring individuals and companies will be allowed to face direct international and local targeted sanctions, in order not to allow any negative consequences to fall on the entire country.

“In addition, a provision is also made to the effect that there shall be no cash withdrawal from any local government for a cumulative amount exceeding N500,000.00 per day.

Any other transaction must be done through valid cheques or electronic funds transfer.

“The complete guidelines have been released to the Governor of the Central Bank of Nigeria, the Chairman, Economic and Financial Crimes Commission (EFCC), the Chairman, Independent Corrupt Practices and Other Related Offences Commission (ICPC) and Chief Executive Officers of all banks and other financial institutions.

“Any state government that is willing to seek any expert economic advice in the unlikely event of these guidelines constituting an inconvenience to the management of the state can work with the NFIU and /or CBN,” the NFIU said.

According to Tukur, the directive was without prejudice to the constitutional provision of paying local government allocations through the Joint State/Local Government Account but they must be distributed to respective local governments before they would be spent.

He commended the banks for fully complying with the agency’s directive since its commencement date.

“Some banks have been calling to say they received cheques from state governments but they have not been cleared by the bank. Of course, they should know by now that only cheques issued by specific local governments will be cleared,” he added.