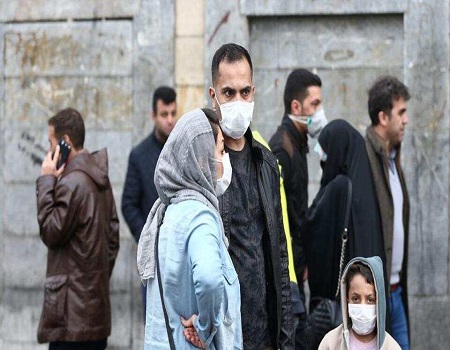 Iran’s Health Ministry reported three new deaths from the novel coronavirus on Sunday, raising the death toll from the infectious virus to eight as the country attempts to stop its further spread by putting considerable restrictions on everyday life.

The number of patients who tested positive for the disease Covid-19 also rose to 40, Iranian Health Ministry spokesman Kianush Jahanpur said on state TV on Sunday, upping the number of infections from 28.

There are more than 750 suspected cases of coronavirus nationwide.

According to the Health Ministry, schools and universities in several cities have been temporarily closed. Cinemas will remain closed until further notice, and theatre and concert events have been cancelled.

Professional football games will be played as planned but without spectators.

Many people fear that the numbers of those who have died or are infected in Iran are actually higher than is being reported.

The Health Ministry insists that information from other sources is not reliable and that people who spread false information, especially in social media, will be threatened with legal consequences.

The spread of the coronavirus has created uncertainty in Iran a few weeks before the Persian New Year on March 20.

Disinfectants are sold out in almost all drugstores, pharmacies and supermarkets in the capital, Tehran.

Kuwait announced that it is barring the entry of all ships coming from Iran “until further notice” due to the new coronavirus, according to port authorities in the Gulf country.

“This decision is part of precautious measures taken to prevent the spread of the novel virus to the country,” said the head of Kuwait’s Ports Authority, Youssef Abdullah, according to the state news agency KUNA.

Kuwait has also evacuated its citizens from Iran.

Governor Zulum’s visit to Chad and lessons from Bakassi