Death of UITH patient on ventilator: We are not culpable ―Resident doctors 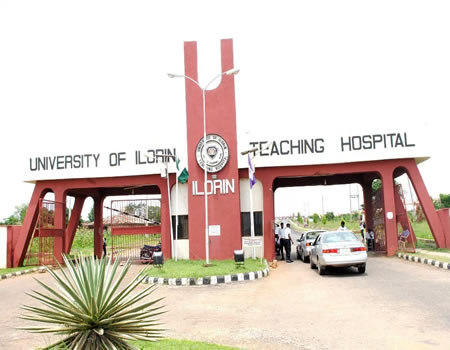 Association of Resident Doctors (ARD) in the University of Ilorin Teaching Hospital (UITH) have said that they are not culpable in the recent death of a patient while on a ventilator in the hospital.

Recall that a patient on a ventilator in the teaching hospital died when the ventilator machine was allegedly unplugged during strike action by staff of the hospital.

In a statement by the president of the ARD in the UITH, Dr Lanre Olosunde, he absolved resident doctors saying that they were not on strike during the unfortunate development.

“The Association of Resident Doctors, UITH remain committed to the service to humanity and mindful of the health of Nigerians.

“On the unfortunate demise of Mr Olusola Olagunju, we are compelled to set the records straight.

“Association of Resident Doctors in UITH, Ilorin were not on strike when the unfortunate incident happened.

“We don’t operate nor have any access to the control of the electricity supply to the hospital and equipment and we never chased nurses out while carrying out their duties.

“The interview that was granted by the president of the association was strictly intended to admonish the members of the public seeking medical care in the hospital on the need to always channel complaints about hospital service to the right quarters, instead of resorting to assault on doctors while in the line of duty.

“We use this medium to reinstate, as a matter of public enlightenment and orientation, that dissatisfied clients/patients/relatives of the hospital can always approach the SERVICOM unit to register their displeasure instead of resorting to verbally and many a time physically assaulting health care workers on duty as this has led to recurrent disruption in the delivery of healthcare services in various hospitals in Nigeria.

“The ARD UITH, therefore, urges the public to disregard all misinformation about the incident as it doesn’t represent the account of what happened nor in any way represent our ideals as an association.

“We state unequivocally that our members remain committed to their statutory responsibilities of always delivering quality health care service to the good citizens of Nigeria and Kwara State in particular,” he said.

It was gathered that members of the Joint Health Sector Union (JOHESU) of the same health institution had also said that they were not on strike.