Death from bleeding after childbirth still much in Nigeria —Minister 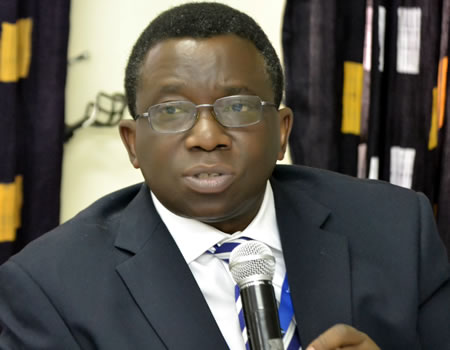 Health Minister, Professor Isaac Adewole has said that deaths of women due to postpartum haemorrhage (PPH), a severe form of bleeding after childbirth, was still huge in Nigeria and was considering adopting the use of an old drug for treating bleeding problem to control these deaths.

Professor Adewole, who spoke at the opening of the World Maternal Antifibrinolytic (WOMAN) Trial Nigeria results implementation meeting in Ibadan, stated that PPH was still an account for 18per cent of women dying in childbirth, a number that is huge given Nigeria’s population.

The Minister, who spoke through Dr Christopher Ugboko, the ministry’s Head of Gender, Adolescent and Elderly division, stated that finding new ways of controlling PPH is a concern for everyone to curtail these death.

According to him, “Tranexamic acid is definitely a drug that the Federal Ministry of Health is considering since we are looking for all avenues to make sure women no longer die due to severe bleeding during childbirth.

“This drug is not new in Nigeria, but now we want to make it popular having seen from trials on it that it has a good effect on stopping excessive bleeding during childbirth.”

Co-project director, WOMAN trial, Dr Haleema Shakur stated that trials on the drug indicated that the drug could save a third of women who would otherwise bleed to death after childbirth.

She declared, “when you translate reduced risk of death by 30 per cent to absolute figure of population, it is significant,” and as such the advocate that it be adopted for use across the country as a new way to treat PPH.

Dr Shakur said that the drug had also been found effective in controlling bleeding due to road traffic injuries, adding that it is expected to be administered within three hours of commencement of severe bleeding.

She assured that the drug has no known side effect in women as well as safe for their newborn babies.

“About one per cent of it gets into the breast milk and its effect on the new born baby is low,” she added.

Meanwhile, she stated that further studies is to be undertaken to compare its effectiveness when administered in its intramuscular or tablet forms.

“We recognise that most women who die from PPH die at home or in their way to the hospital, so the ongoing study is looking at how intravenous doses compare with oral, sublingual and intramuscular injections,” she concluded.