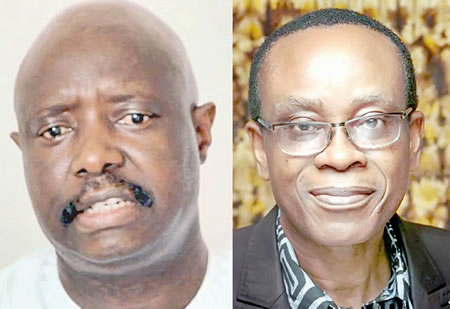 Environmentalists from the FishNet Alliance, HOMEF and other groups have rejected the report on dead fish along Niger Delta coastlines by National Oil Spill Detection and Response Agency (NOSDRA). The environmentalists disagree with the interpretation of the data in the report and are calling on NOSDRA and other related agencies to quickly alert the public on the true cause of the incident.

The environmentalists recalled that reports of dead fish washing up on an extensive stretch of the Niger Delta coastline which first broke out on February 20, 2020 when people from Ogbulagha Kingdom in Burutu Local Government Area of Delta State raised an alarm on the massive death of fish, floating and littering their shores.

There were reports also from fishing communities in Ondo, Bayelsa, Rivers and Akwa Ibom states.

The environmentalists in a statement signed by Nnimmo Bassey, Director, Health of Mother Earth Foundation (HOMEF) said, “We were pleased that NOSDRA took samples of the dead fish, sediments and water from some of the affected areas, for analysis – after series of outcry from community people, CSOs and other groups.

“On May 13, 2020 NOSDRA issued a press release titled: Alleged Mass Fish Kill Along The Coastline of Bayelsa, Delta and Rivers States. The title of the statement plays down on, and even questions the fact, of the massive fish kill that was evident in many locations. The title renders the result of the said analysis conducted by the agency questionable.

“We expected a detailed and in-depth analysis from NOSDRA working in cooperation with agencies and institutions including the Nigerian Maritime Administration and Safety Agency (NIMASA), Nigerian Institute of Oceanography and Marine Research (NIOMR), National Environmental Standards and Regulations Enforcement Agency and Federal Institute for Fisheries Research which they said were informed of the tragic occurrences.

“While the result of the laboratory analysis may reflect the true composition of the samples, the data interpretation may be misleading. For example, it is a known fact that crude oil comes with a mix of heavy metals such as Cadmium and Chromium which are some of the pollutants from that sector.”

The environmentalists noted that NOSDRA’s conclusion that “In the light of the foregoing, noting that hydrocarbons were not responsible for the death of the fishes, the plausible cause(s) could partially be attributable to other anthropogenic activities which are probably land-based” is capable of sweeping this serious issue under the carpet, while the affected communities are left to live with the impacts and uncertainties.

Responding to the NOSDRA statement, Ako Amadi, a marine ecologist and former Head, Fisheries Resources Division of NIOMR stated that: “Fish deaths commonly result from oxygen depletion in the aquatic medium. In the case of this recent occurrence in the Niger Delta, mortalities were reportedly concentrated on the genus Pseudotolithus, the croaker which is a bottom-feeder.

“It points to the fact that if the deaths had been as a result of ingestion of toxins the entire food web, that is, the benthic fauna of invertebrates including shrimps, crabs, zooplankton and juvenile fish, must have been affected. Evidence could then be deduced from toxicological examination of stomach contents, gills and bladder, or other respiratory and filtration organs of both dead and living croakers for comparison. This has not been the case.”

Amadi continues: “The Nigerian Institute for Oceanography and Marine Research, NIOMR in Lagos, and ancillary institutions in Port Harcourt and Calabar have enough expertise in this regard. The residence time of suspected toxins in the benthic environment and land-based or ship transport sources are easy to determine. Aquatic toxins do not affect only particular species of fish but all fauna in an affected area. I also fail to see statements on tolerance of croakers and associated living organisms to variations of environmental change in the inshore waters of the affected system.”

Amadi concluded that, “The NOSDRA report hardly shows any evidence of possible linkages to sudden increases in water temperature and current variations in the Eastern Gulf of Guinea that could have caused ecological hypoxia (oxygen depletion), such as ocean acidification fortified by increased waste (including oil) and heat discharges from coastal industries and shipping as well as from agricultural runoff and mangrove deforestation. The NOSDRA conclusions appear not to have been followed by immediate investigations, which infuses credibility cracks into the report. I hope that we can see more logical results to these investigations than what NOSDRA has currently presented.”

Bassey in his reaction expressed deep concerns about the fate of community people who depend on the affected water bodies for sustenance and noted that the situation compounds the struggles of affected community people as they battle the hardships brought by the restrictions occasioned by the COVID-19 outbreak.

He added that what NOSDRA gave is a very basic and tentative explanation merely aimed at ruling out the possibility of the cause being from hydrocarbons.

“The Ministry of Environment and relevant agencies have a duty to tell Nigerians what killed the fish so that we know how to respond to this and future incidents. We are not satisfied with NOSDRA’s report as this doesn’t bring a closure to the saga. Explaining why we experienced a massive death fish on our coasts is not beyond our scientists within and outside government,” he concluded.